The Schneider family has sold Holiday Park in Hassloch, Germany, to Studio 100, the Belgian based children’s television producer and owner of four Plopsa-branded parks in the Benelux.

The purchase price has not been disclosed, but Studio 100 will invest €25 million ($33m) in new attractions and improvements over the next four years.

“Our own theme park in Germany, in which we can give a home to Studio 100 figures like Maja the Bee and Wickie the Viking is a logical strategic step,” says Plopsa managing director Steve van den Kerkhof.

The company opened a smaller Plopsa Indoor park in the Dutch city of Coevorden in 2010, following a similar blueprint to Plopsa Indoor Hasselt in Belgium, which opened in 2005. However both its outdoor properties in Belgium, the original Plopsaland De Panne and Plopsa Coo, were based around takeovers of existing parks. The expansion into Germany was a logical consequence of Studio 100’s takeover of the country’s EM Entertainment, owner of characters including Maja the Bee, who are is expected to star at Holiday Park.

The German park celebrates its 40th anniversary in 2011 and has come a long way from the simply fairytale forest attraction acquired by Wolfgang Schneider in 1961. 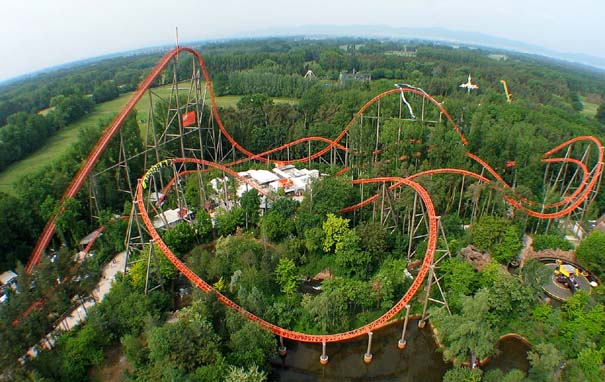