Wildebeest was a runaway hit,” says park president Dan Koch. “So we asked our designers for something even bigger. The new twist to this water coaster is the six-passenger boats, a brand-new design.”

Mammoth’s water-filled fun will begin with a conveyor ride up the ride’s lifthill. Following the five-storey drop at a 45-degree angle, linear induction motors (LIMs) will propel the six-person round boats up additional hills, into dark enclosed sections and through twists and turns. Mammoth will cover three acres, increasing the water park’s size to 30 acres.

The conveyor-style lifthill replaces any slide-tower stairs, making the water coaster accessible to riders who might have difficulty, or are too lazy, to walk up stairs. It is the largest single-ride investment in the park’s history, with a “Mammoth” price tag of $9 million. 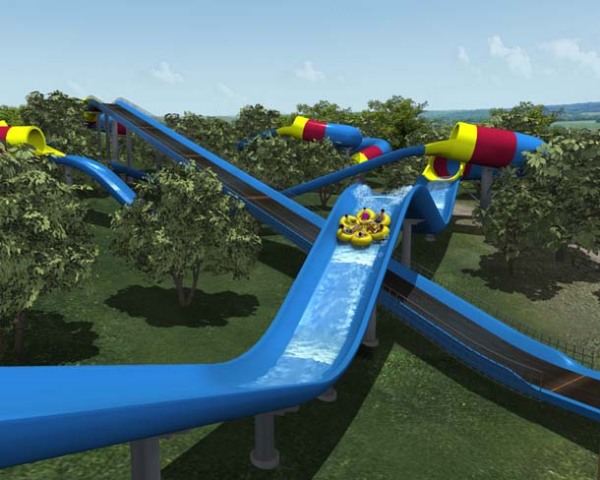