Guest visiting Denmark’s Fårup Sommerland will be able to enjoy an encounter with a hedgehog, a squirrel and a Road Runner this season.

Located on the northern Jutland peninsula, the park reopened on April 30 with the addition of a new family rollercoaster called Pindsvinet (Hedgehog).

Supplied by Zamperla, the ride seats 14 riders and travels at a speed of up to 7 metres per second. Its name was supplied by Fårup fans on Facebook, however a hedgehog and a squirrel (Egern & Pindvin) are also the new mascots of the park and will feature in their own theatre show.

A new look entrance awaits guests in 2012, in keeping with the park’s woodland theme, meanwhile a fresh film has been added to the 4D cinema in the shape of the adventures of Wile E Coyote and Road Runner. Debuting in time for high season will be a high diving show. Supplied by the French company Sokol, it will feature six performers leaping into water from heights of up to 25-metres. 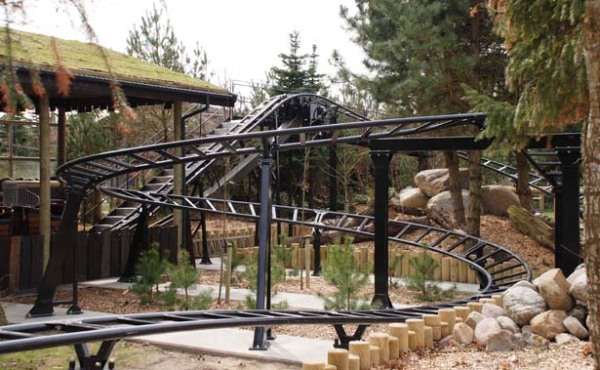 Hungry Fårup Sommerland guests may wish to take some time out in the new 350-seat Spisekammeret restaurant (as pictured below), offering three separate food options.

In total more than DKK25 million ($5m/€4m) has been invested in new attractions for 2012. For more details visit the park’s new look website. 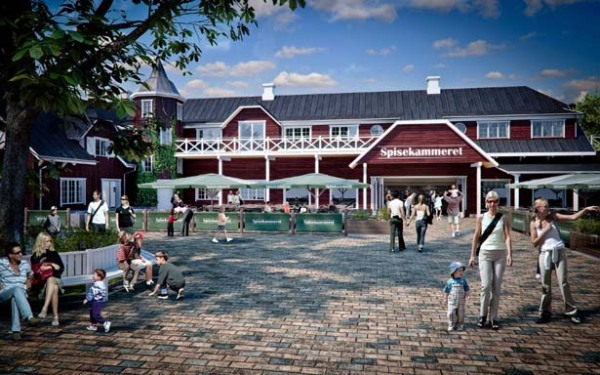