Dennis Speigel, who was there at the very beginning, asks “Can it really be 40 years since we opened the doors to one of the greatest amusement parks in North America?”

Yes, 40 years ago this month, we welcomed the first guests to Kings Island in Cincinnati, Ohio. What a remarkable time it was for the theme park industry in the United States. We had just closed Cincinnati’s Coney Island on Labor Day of 1971. We had to literally move the entire park in about 45 days. I am talking from knives and forks to flume rides, sky rides, and everything in between.

Ed McHale and I, as assistant general manager, were responsible for the move. We almost completed the entire moving process in 30 days! An amazing feat as I look back. We had to transport everything 26 miles up Interstate 71, using a local company to handle the move. They came through for us.

I remember a conversation with Errol McCoy and Larry Cochran – both young general managers in the Six Flags system at the time. We had them on speaker phone discussing our anticipated first year attendance. Charles Thompson, a former Six Flags employee, performed the feasibility study for Gary Wachs, senior vice-president of Taft Broadcasting. Charles projected two million in attendance in our first year. When we told Errol and Larry our projected attendance, they laughed for what seemed liked about two minutes.

Back in the office, Gary, Ed and I just looked at one other. Quite honestly we were a little concerned over the response we received from that phone call. At that point in time, no other park outside of the Disney parks had ever “cracked” the two million attendance mark, particularly a regional park. At the time that included Six Flags over Texas, opened in 1961, Six Flags over Georgia, opened in 1967, and Six Flags Mid America in St Louis, which opened in 1971.

We held our grand opening celebrations at Kings Island on Saturday, May 27, 1972. Charles Mechem, chairman of the board; Dudley Taft, company president, Bill Hanna and Joe Barbera (Hannah & Barbera) and Earl Wilson, the New York Times columnist, were all there on the day. 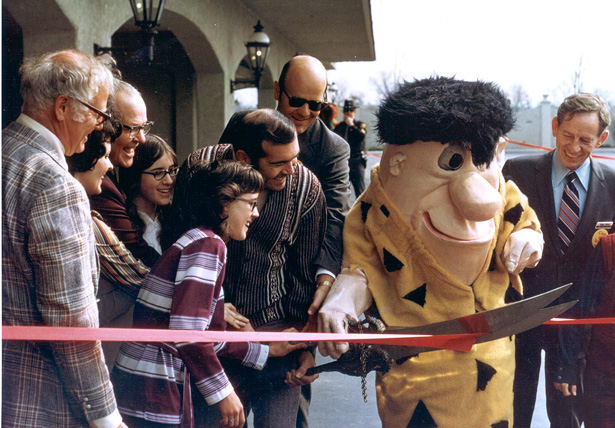 We released 2,000 balloons. We had a group of fighter jets flying overhead, almost breaking the glass of the International Restaurant when they hit their after-burners. Thanks to Hannah & Barbera, we had a parade with the Flintstones, Yogi Bear and Scooby-Doo. The Kings Mill High School band marched and played. We welcomed Miss America, Miss Ohio and Junior Miss America. We also featured clown bands, hot air balloon ascensions and sky divers. All in all, it was a great and festive day enjoyed by about 5,000 attendees.

Then the season began and I’ll have to admit it started out very slowly. After that initial opening, we welcomed about 5,000 visitors per day. It remained in that range until the first day of July. We were actually worried that this new and beautiful park was not going to attract any more guests than Coney Island had. However, on July 4, the floodgates opened and we attracted approximately 40,000 guests! It was unbelievable! And it never stopped!

The crowds continued to come in enormous numbers. Having 25,000 up to 40,000 visitors every day the rest of our first season was not unusual. It was a euphoric feeling to say the least. Every day was spectacular. People were amazed at the park. In our region, they had never seen anything like Kings Island. It was huge, entertaining, exciting and fun.

We offered new attractions such as the Racer Roller Coaster (the first wooden coaster to be built since 1947). The Racer launched the renaissance of the wooden rollercoaster. Since 1972, over 1,000 coasters have been built, and I believe this resurgence was due to the enormous success of the Racer. Not only was it a new wooden roller coaster, it was a double racing coaster! The weight of the passengers in each train determined the winner of the race. There really were so many “firsts” associated with Kings Island’s opening year. It is difficult to list them all.

Oh and, yes, on the final day of the season when we closed, our attendance count was 2,012,000! We were the first regional theme park to break the two million attendance barrier in an opening year. So, you can probably guess what we did. We had another speaker phone conversation with the Six Flags team. They asked what our final attendance was …2,012,000 we told them. You could hear the proverbial pin drop. It was fantastic! Those times were memories I will always cherish.

Dennis Speigel is president of International Theme Park Services, a full-service management/consulting firm. As well as Kings Island, he has served in senior positions at Cincinnati’s original Coney Island, Kings Dominion (Richmond, Valencia) and the leisure division of Taft Broadcasting. A past president of IAAPA, last winter he was presented with an IAAPA Service Award in recognition of his dedication to the association and the industry. Reach him via interthemepark.com 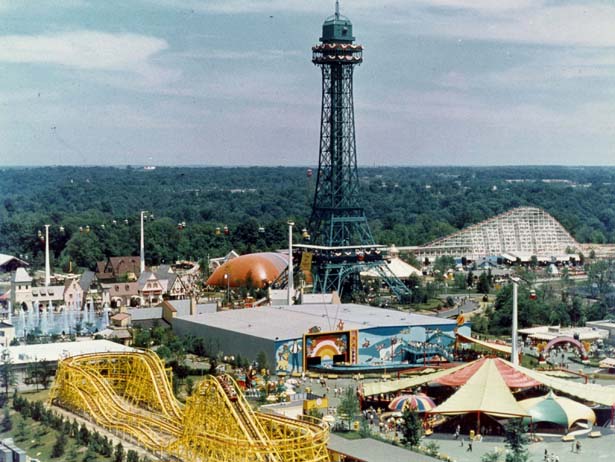 During its existence, Kings Island has had five owners, Taft Broadcasting, Kings Entertainment, American Financial, Paramount Parks and Cedar Fair, which has been at the helm since 2006.

As the park celebrates its 40th anniversary season in 2012, attractions like the Racer rollercoaster and Grand Carousel are still going strong. Yet when Kings Island opened there were just over 60 attractions for the public’s entertainment. Now, after four decades of capital investment representing in excess of $250 million, there are more than 100 for guests to enjoy, including a waterpark.

In 1972, five themed areas were highlighted. Today there are seven. The employment opportunities have changed dramatically as well. Where it once took 1,300 employees to operate the park on any given day during the inaugural season, approximately 4,000 are needed to keep the 364-acre facility in operation today.

The changes have not been limited to the park itself. The surrounding area, once farmland, now thrives with commercial and retail businesses, as well as increasing population of homes. During the past 40 years, a day out to Kings Island has become an annual tradition for many families across the Midwest United States, with 120 million visits recorded since 1972.

To celebrate the 40th anniversary, Cedar Fair is expanding and rebranding King Island’s waterpark as Soak City, as well as adding three new live shows. Remember When: The 70’s! is a song and dance revue featuring songs from the decade Kings Island was born, British Invasion features the music of The Beatles, Elton John, Fleetwood Mac, Queen and many other, while for kids and families there’s is Charlie Brown’s All-Stars. 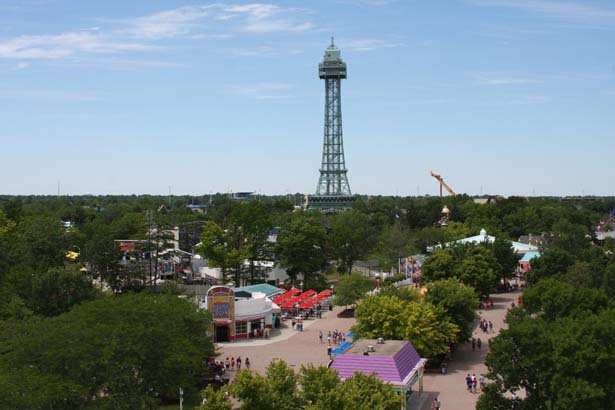 The park as it is today