A sixth rollercoaster has opened at Hansa Park in the north of Germany.

Die Schlange von Midgard (Snake of Midgard) is a Viking-themed family coaster from Gerstlauer featuring 200-metres of track and reaching top speeds of up to 45km/h (28mph). Passengers as short as 1-metre can ride.

The ride takes its name from the legend of sea snake that was killed by a Norwegian tribe. The only German amusement park by the sea, Hansa Park is located along the former Hanseatic coastline, which stretched from the North Sea to the Baltic. Featured in the new coaster are representations of buildings from former Hanseatic cities including Bruges in Belgium and Groningen in the Netherlands. 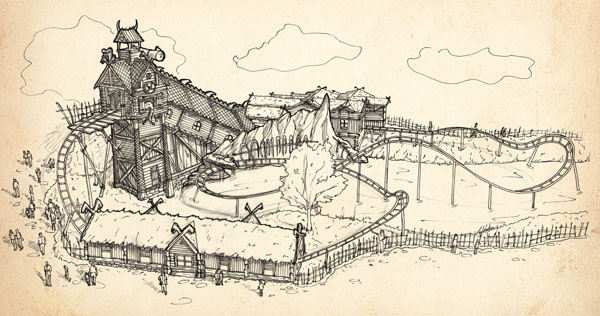