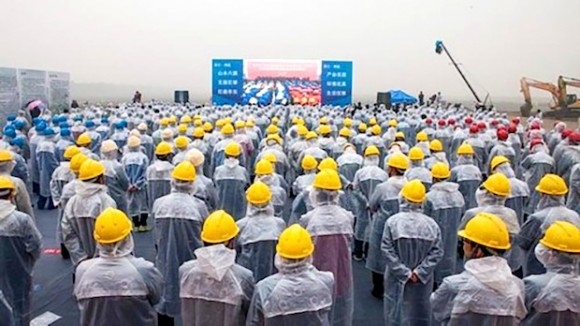 The park is due to open in 2019 and will form the centrepiece of a larger resort development that is expected to provide a major economic boon to tourism in the Yangtze River Delta and all of Eastern China, according to Riverside Group chairman Che Li.

“We are delighted to partner with the Riverside Group to bring Six Flags thrills to China,” says John Odum, president of international development for Six Flags. “The park in Haiyan will feature our signature line-up of record-breaking rollercoasters, family rides and attractions and world-class shows, along with themed sections that pay homage to the storied Chinese culture.”

Opening ahead of the new park will be an exhibition centre this autumn, which will provide visitors with an
interactive preview of the upcoming offerings. The
US-based Six Flags is also planning a park in
the United Arab Emirates, in partnership with Dubai Parks & Resorts.

Gone to the dogs