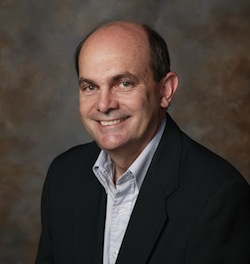 Incoming IAAPA chairman Greg Hale shares some of his plans for the association and observations about Disney and the industry in general with Park World readers.

Due to be ushered in as the new chairman of the International Association of Amusement Parks and Attractions (IAAPA) during November’s IAAPA Attractions Expo in Orlando, Greg Hale is a 27-year veteran of the Walt Disney Company. He joined Disney in 1988 as manager of electrical and electronics engineering, then ride and show engineering in 1989. Named director of facilities and attractions regulatory compliance in 1995, he was promoted to vice-president of design, engineering and regulatory compliance in 1999, and then vice-president and chief safety officer for Walt Disney, the position he holds now, in 2002. The holder of 63 patents that have contributed to numerous innovations and inventions in the amusement industry, Hale also plays a key leadership role in the industry’s efforts to develop and harmonise safety standards around the globe and has been the chairman of the ASTM International – F24 Subcommittee on Standards Harmonization since 2008.

I feel that my years with Disney and serving on numerous industry boards and committees have given me insights that will be valuable for the upcoming year to lead this great organisation. I am grateful to my leaders for allowing me the time to serve on IAAPA board and committees.

Walt Disney had a vision for Walt Disney World in Orlando that he called the “Florida Project.” When I watch that archival footage, I am amazed at how much of his vision came true and all the experiences we are able to offer our guests in this market.

I have had the opportunity to visit Shanghai Disney Resort several times from the ground breaking to the grand opening. The numerous attractions and show experiences that have never been done before that make the park authentically Disney and distinctly Chinese and the incredible teamwork from all Walt Disney Parks and Resorts cast members to open this park are some of the greatest achievements.

Pirates of the Caribbean Battle for the Sunken Treasure at Shanghai Disney Resort really inspires me due to the combination of media, audio animatronics and full size sets. During Asian Attractions Expo, a number of attendees had the chance to visit this attraction and be inspired as I was.

My number one goal as IAAPA chairman is to help IAAPA make this very strategic transformation into a truly global organisation that is positioned to excel over the next 100 years. Major activities that will require everyone’s help and expertise include the relocation of IAAPA’s global headquarters to Orlando, the selection and hiring of key staff into the organisation and the focus on supporting this growing industry in all parts of the world.

The timing was right for IAAPA to move its global headquarters to Orlando to celebrate the association’s centennial in 2018. IAAPA is focused on guiding the industry throughout the next 100 years. The move to Orlando, an area recognised in the industry for its theme parks, and the location of IAAPA Attractions Expo through 2024, will make it much easier for manufacturers, operators and IAAPA staff to interact together as they develop the future of the industry.

History shows us our best Expos are in Orlando. The Orange Convention Convention Center is an ideal location for our show, the international airport and ports allow for easy access for attendees and exhibitors, and the area attractions offer amazing learning opportunities. IAAPA Attractions Expo will always be the can’t miss event of the year, and as the industry continues to grow, we expect the Expo will grow too.

The growth of all three of IAAPA’s trade shows is an indication of the strength and growing nature of the industry around the world. While there are similarities among the three expos, there are also unique offerings and opportunities at each one. The events complement each other and while many exhibitors participate in all three, most attendees pick the show that serves their needs most effectively.

As IAAPA continues to evolve we will evaluate the events and programmes we offer and adjust our event line up based on member needs and input. The association currently offers five global signature events annually. As well as the three expos there is also the IAAPA FEC Summit (January in Arizona) IAAPA Leadership Conference (Los Angeles in March). The association also offers several IAAPA Institutes and regional networking events each year.

We have succeeded in harmonising ride safety standards that exist within ASTM International, European (EN) standards and International Organization for Standardization (ISO) which is a huge step in the right direction.

I think the main challenge for the industry never changes – to provide fun and exciting experiences, with great guest service, that are affordable and, of course, safe. All of these elements are required for our industry to be successful.

IAAPA Attractions Expo’s timing just before Thanksgiving and before the December holidays is ideal for people that want to visit Central Florida. Visiting everything in Orlando during November allows you to take in the great weather and holiday decorations.

ITEC Entertainment: designing the theme parks of the future

Ryan Miziker on being the invisible partner

ITEC Entertainment: designing the theme parks of the future