Located in the Black Sea resort of Gelendijk, Golden Bay Waterpark opened in 2002 as Russia’s largest waterpark and, thanks to a major expansion between 2007 and 2009, has managed to hold on to its position as the nation’s number one.

The 140,000 square-metre waterpark features a total of 44 waterslides, supplied by Polin of Turkey, and caters to a mix of local and tourist clientele. Visitors number have increased steadily since the park opened over seven years ago and today it can host up 10,00 guests a day.

“The expansion was very wise,” notes Polin marketing manager, Sohret Pakis. “They were very open to what we had to offer as a designer and manufacturer of slides, and the park is now very up to date as a result.”

At the beginning of the summer season of 2007, Golden Bay installed two major rides, a Magic Hole and Turbo Lance slide, connected to the same 10-metre tower.

Ridden with either a single or double tube, the Turbo Lance is recognised as one of Polin’s more extreme slides. It starts with a steep drop followed by a section in which riders are propelled uphill vertically. Then they fallback down a reverse path, over a bump and out into the splash pool.

The Magic Hole, meanwhile, is a closed tube designed for groups of up to four passengers, meaning a whole family can ride in one inner tube. The Golden Bay installation features a unique elliptical shape and flat bottom.

These hi-octane attractions are balanced out 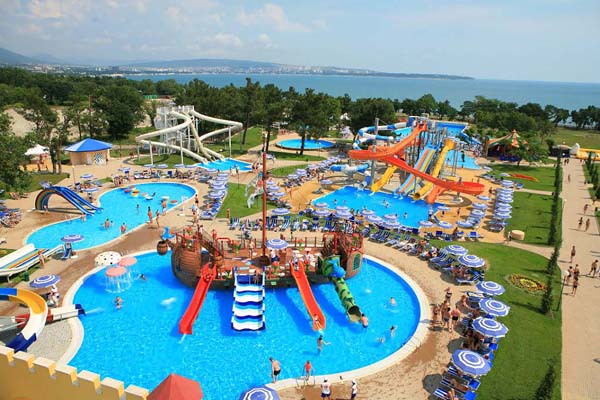 For the 2010 season, Golden Bay will again engage the services of Polin, which will supply four adrenaline rides including an Uphill Multisurf, Space Boat, Dragero and Windigo slide. 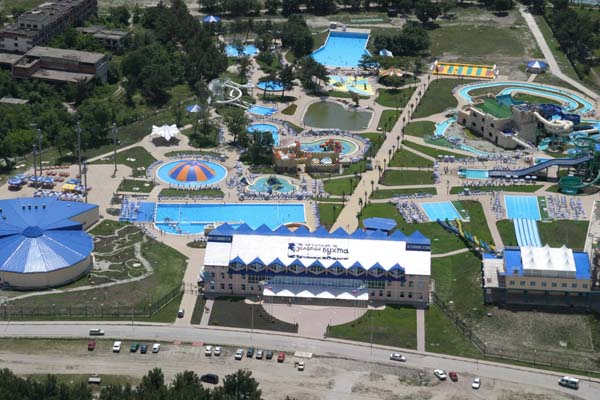