Going Loco at The Adventuredome

Coming soon to The Adventuredome at Circus Circus Las Vegas, El Loco will be the second coaster of its kind in the United States and the sixth worldwide.

Built beneath the roof of this indoor theme park, the S&S-built attraction will ascend 70 feet before diving over and under in a backwards motion, delivering a negative 1.5 “vertical-G.” The ride’s unique elements include a 45-degree outwardly banked turn, a greater-than-straight-down diving drop, and a 180-degree turn that races over the edge into a barrel roll. The 75-second features 1,300ft of track. El Loco replaces The Adventuredome’s Rim Runner flume ride, one of the park’s original four attractions.

“We are committed to reinventing The Adventuredome experience with fresh and exciting rides for new and repeat guests,” says vice-president of operations Tom Nolan. “The addition of El Loco to The Adventuredome is a significant move in our efforts to entice a new generation of rollercoaster lovers.” 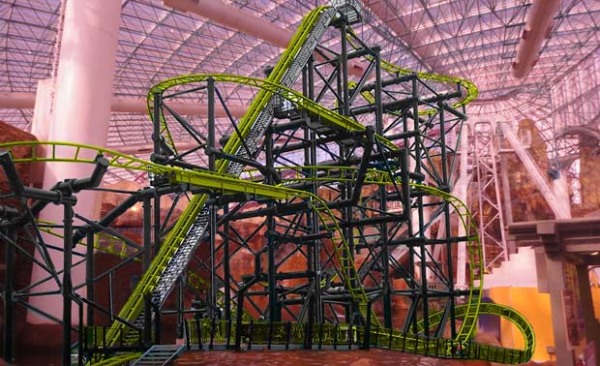 What caught your eyes at this winter’s trade shows?