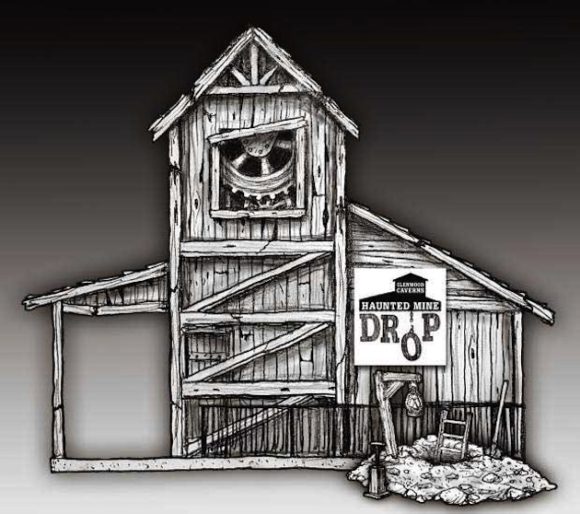 Billled as featuring a bigger drop than Disney’s Tower of Terror, Colorado’s Glenwood Caverns Adventure Park will introduce the Haunted Mine Drop this summer.

In constructing the Haunted Mine, the Utah firm will use a version of its Daring Drop tower. Mark McDonough and his team at St Louis-based Creative Visions are theming the attraction, which will include Pepper’s Ghost illusions. The building housing the ride will be located at an elevation of 7,000 ft (2,134m) on top of Iron Mountain, which is reached via a scenic cable car ride. 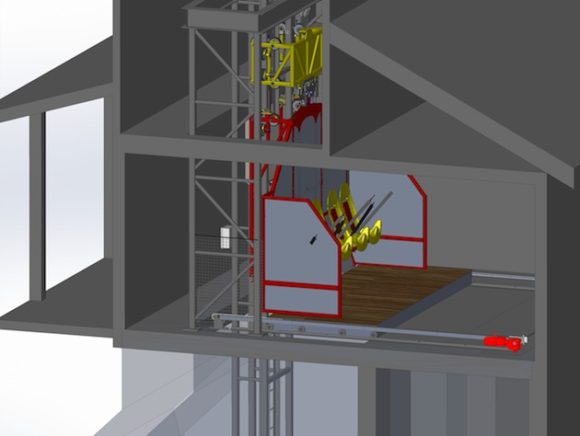 As guests enter the enclosed queue, they’ll feel like they’re entering a mine. Stepping onto the ride, they’ll be seated, strapped in and entertained as ghostly miners appear and tell tales of a mining tragedy from long ago. They won’t realise that the floor has slid out from underneath them until they drop deep inside the mine shaft. More ghosts will appear at the bottom to continue the tale, and then the ride returns to the main level for exit.

The attraction is part of a larger investment of $2.5 million for the coming year. Other improvements will include a new pathway loop connecting the tower ride to the lower cave tour area and back up to the top of the park. The entry plaza will have a new paved, ornate surface and a water feature where children can play.