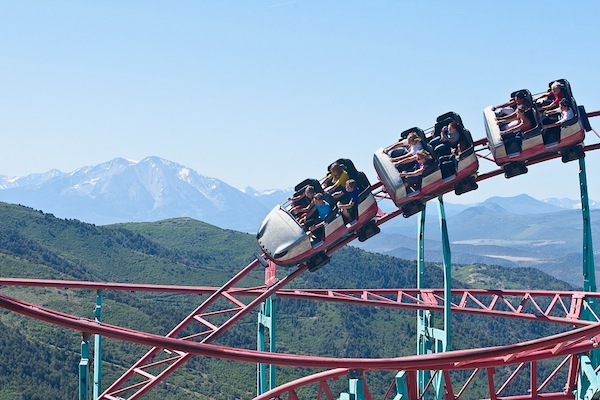 Nestled in the Rocky Mountains above historic Glenwood Springs, Colorado, Glenwood Caverns Adventure Park offers guests a diverse range of activities, including many attractions that exploit the mountainside setting to maximum effect.

I’ve seen it rainin’ fire in the sky

The shadow from the starlight Is softer than a lullaby

To reach Glenwood Caverns Adventure Park, which is located between the town of Vail and city of Aspen, visitors must take a scenic 10- minute scenic cable car ride – the Iron Mountain Tramway – from the floor of the Roaring Fork Valley to the top of Iron Mountain, altitude 7,160 feet (2.1km). Here they can choose to take a cave tour or enjoy the amusement rides atop the mountain. 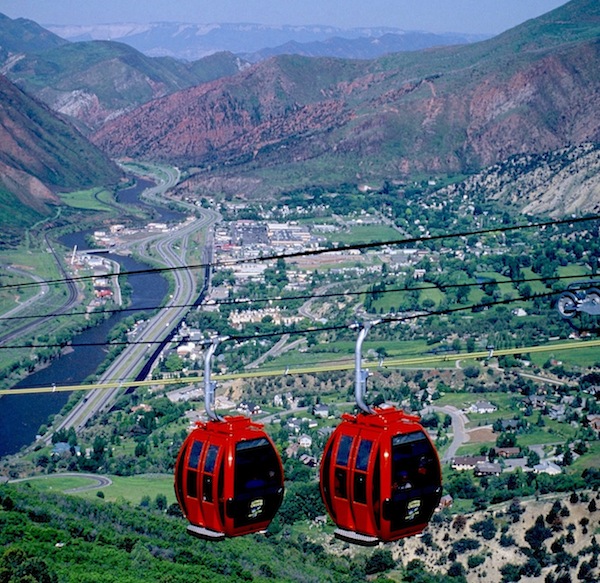 The cable car is reminiscent of the tramway at Ghost Town in the Sky in Maggie Valley, North Carolina. The cave tour is a bit like Silver Dollar City in Branson, Missouri. Some of the strategically-placed rides have echoes of those at Tibidabo in Barcelona, Spain. But Glenwood Caverns Adventure Park has its own delights. 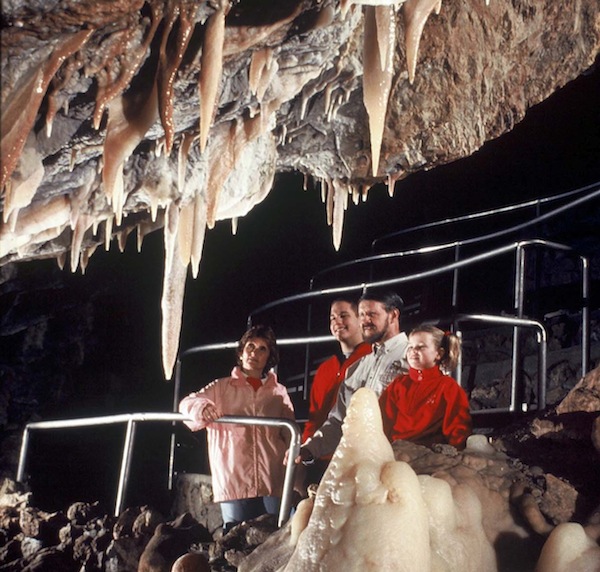 At the top, guests can enjoy two guided walking cave tours, the Historic Fairy Caves Tour and the King’s Row Tour that takes guests down into Iron Mountain. Scream-worthy thrill rides include America’s highest- elevation rollercoaster, Colorado’s first and longest Alpine Coaster, a swing that launches riders out 1,300ft (396m) over Glenwood Canyon and above the Colorado River, and a chair swing over the canyon that has been designed to look like a giant tree. There is a total of eight rides and 15 attractions including the caverns. This year, the park is introducing Winter on the Mountain, which will include more than 400,000 twinkling lights, a tubing hill, warming huts, a giant lighted Christmas tree, a fire pit for making s’mores (a traditional campfire treat popular in the US and Canada) and holiday visits from Santa. 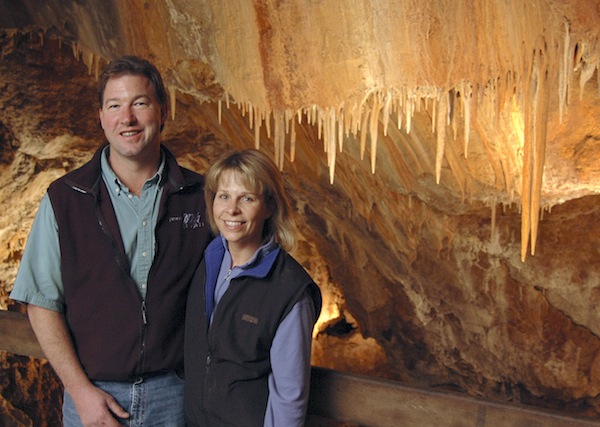 “The Caverns is always our number one attraction,” confirms Steve Beckley, co-owner (with wife Jeanne), “but the rides have expanded our visitors’ experience and encouraged them to stay longer. Families can come up, take a cave tour, swing out over Glenwood Canyon, listen to music, eat lunch overlooking the Roaring Fork Valley and have a really special day together.” 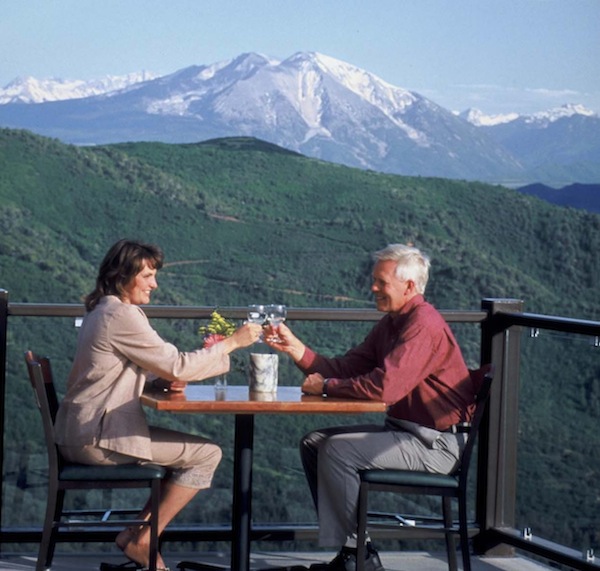 One of the reasons a family-owned park like Glenwood Caverns can survive in this era of large, corporate-run theme parks, believes Beckley, is its unique character. “Where else can you ride a gondola to tour a cave,” he asks, “and enjoy hair-raising thrill rides on the edge of a cliff while you’re there? I don’t think that we are competing with other parks. There aren’t any in this part of the state, and none in the region that offer the combination of activities and attractions that guests find here. I believe that our competition is from video games and electronic devices that compete for our visitors’ time.” 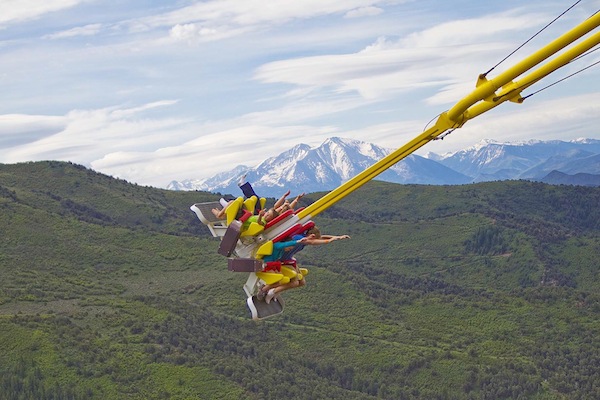 Real world activities like those found at Glenwood Caverns, argues Beckley, make people happy: “Our mission is to make our customers smile, and we dedicate a lot of resources to make sure that happens. We offer something unique, and if guests have a good time and leave here happy, they tell their friends about it and they keep coming back. Managing the park is a real team effort.” 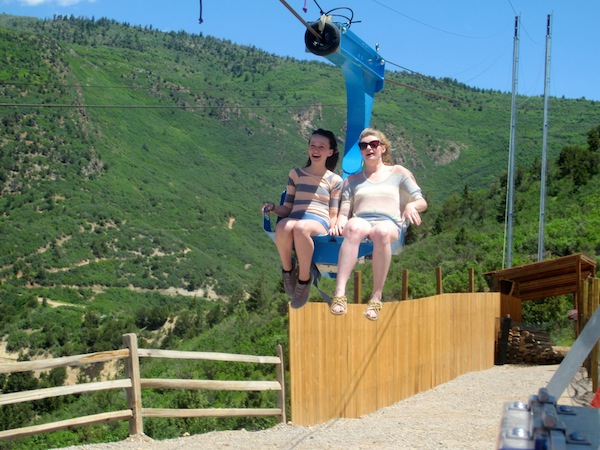 As the park’s owners focus on long-term planning and new developments such as the Iron Mountain Hot Springs, day-to-day management has just been handed over to Nancy Heard, who has been promoted to general manager. Prior to joining the Adventure Park, she spent 16 years with the Aspen Skiing Company and is also one of a handful of women in the US to have achieved level III certification as an instructor and a senior ride inspector with the National Association of Amusement Ride Safety Officials (NAARSO). 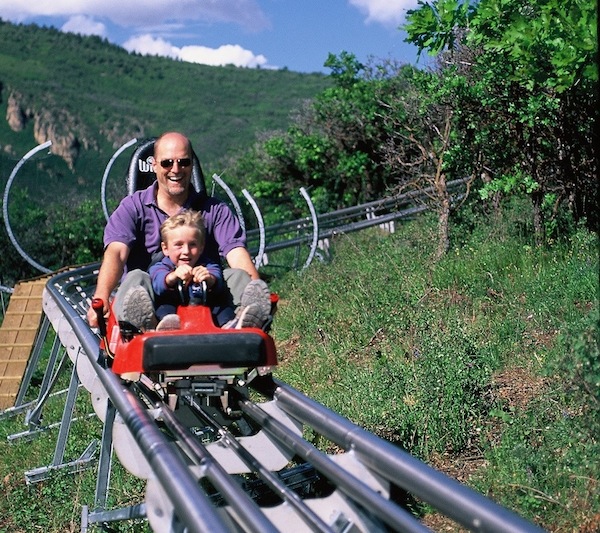 In addition to Heard’s new role, four supervisors are being promoted to managers as part of the reorganisation. Mark Francis, photography manager, joined the staff as a cave tour guide in 2013 and has served as photographer supervisor this year. James McGoodwin, attractions manager, was an intern at the park in 2011 and started full-time as attractions supervisor in 2012. Kathy Miller, natural attractions manager, joined the park as a cave tour guide in 2006. Laura VanLue, retail manager, has been a crucial member of the retail operations since 2007. 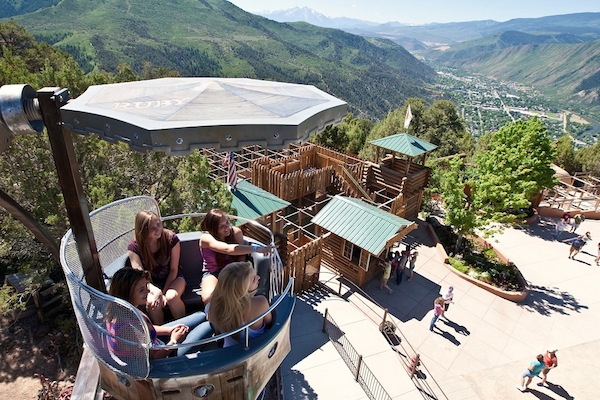 While Glenwood Caverns has entertained guests from around the world, the majority come from Colorado, particularly the Front Range, which includes Denver and Colorado Springs. “Last year we had 165,000 visitors,” Beckley reveals. “Over the last four years, we have maintained an average of 10% growth per year in annual attendance. One of the limiting factors to the park is the Iron Mountain Tramway, which has capacity for just 350 people per hour. We are currently in the engineering phase of installing a second lift system from Wiegand that will provide capacity for up to an additional 1,500 people per hour. Another benefit to the system is the limited impacts from wind and lightning since it utilises rails on the ground.” 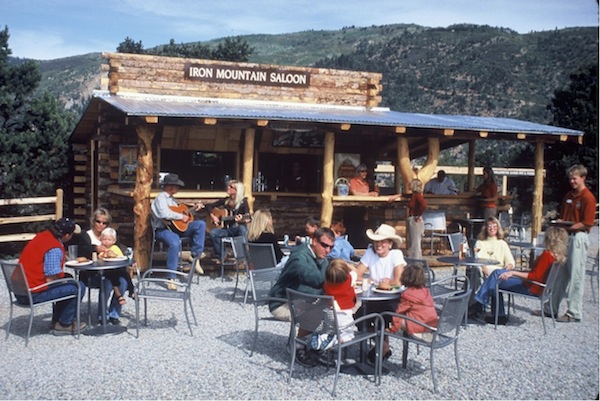 Beckley is looking forward to further enhancing his park this winter. “The Winter on the Mountain event is really going to help us build our slow season, and will give people another reason to visit Glenwood Springs during the winter. We have also purchased some additional land next to the tram base along the Colorado River where we will start developing the hot springs for opening next summer.”

Steve Beckley did not begin his career in the outdoor amusement industry, but rather as a petroleum engineer. The rides came later. “I’ve always loved caving,” he confesses to Park World, “and read about the Fairy Caves in book called Caves of Colorado while I was in college. It was really intriguing to me that there was this cave system that had once been a tourist destination, but was now closed to the public, so I tried to contact the owner. He did not respond, but I kept writing letters for 10 years. He finally agreed to let me visit in 1992, then it took six more years until he was willing to lease the caves and land to me and my wife.

“We re-opened the caves in May 1999, and more than 30,000 people rode buses to tour the caves that summer. The road is only accessible about half the year, so we had to close in the winter. We added the Iron Mountain Tramway in 2003 to provide year-round access, along with a visitor centre and restaurant. Once the tram opened, we had a lot of people up here waiting for caves tours with nothing else to do, so we started adding rides. It’s all here because of the caves!” 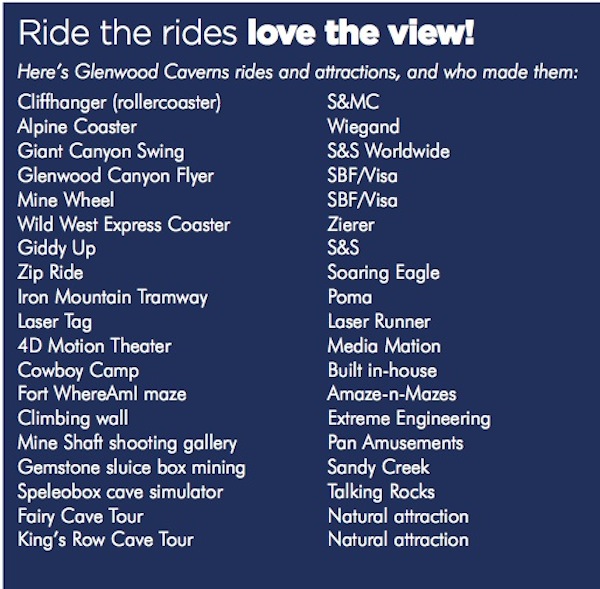