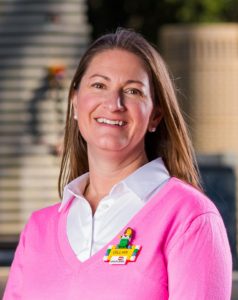 Gillian Smith has joined Legoland Florida Resort, Winter Haven, Florida, as its vice president of marketing and sales. She replaces Rex Jackson, who was promoted to the resort’s general manager in July. Smith joined the resort in late November, where she leads marketing and sales efforts for its iconic theme park, water park and on-site accommodations. Under Jackson’s direction, Smith serves as a member of the resort’s senior leadership team.

Since 2011, Smith served as chief marketing officer of City Year, one of the country’s largest education and national service nonprofit organizations. As its first CMO, she directed an award-winning campaign that more than doubled awareness of City Year among U.S. college students, while leading efforts to refresh its website and further the organization’s recruitment and development efforts.