Ghostly start to the season at Legoland Billund

Are these the friendliest spooks you’ve ever seen? Ghost – The Haunted House is a new attraction providing thrills and not-so-scary chills in 2014 at Legoland Billund, Denmark.

Hosted by Lego characters Lord Vampyre and the Crazy Scientist, more than 5,500 disadvantaged children were invited to tour the house on 4 April ahead of the start of the season the day after. Inside the imposing 8,000 square metre building green building, which is located in the Legoredo Town area of the park next to Mount Rushmore, guests can discover an interactive walk-through experience featuring more than 140-specially designed Lego models hidden in unexpected places, combined with a thrilling eight-metre freefall finale, as used by park owner Merlin Entertainments in several other indoor attractions. 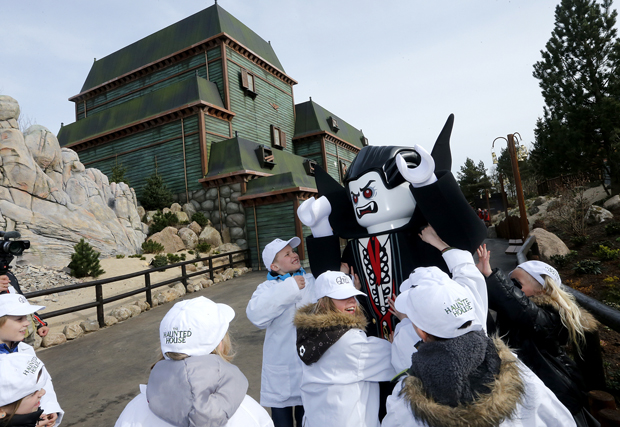 On entering the apparently abandoned mansion, guests are told of rumours involving the Crazy Scientist and his experiments conducted in the basement. Visitors large and small must make their way through long and sometimes dark hallways to get to the bottom of the story, encountering silly mice, creepy werewolves and monsters lurking behind bookshelves.

Ghost – The Haunted House is a two-storey construction featuring nine themed scenes. It took Lego designers a total of 4,400 hours and more than 238,000 Lego bricks to build all the models inside, included in which are 28 0.8m-tall Lego Mini-Friend figures. As well as the two freefall towers in the basement of the attraction (supplied by ABC Rides), a mirror maze is also featured as part of the experience. 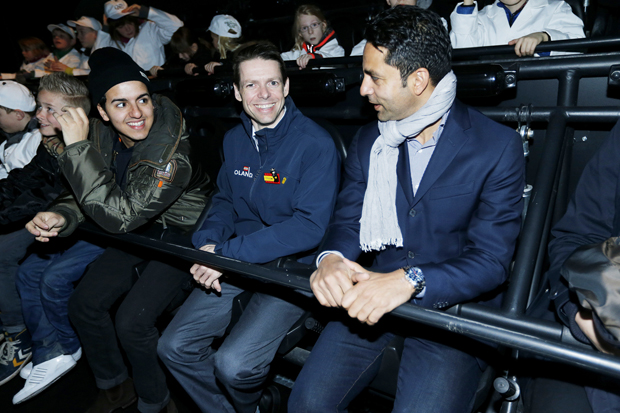 “Since construction began in August 2013, a large number of builders, technicians and others have worked hard to create this unique house,” notes newly installed Legoland director Christian Woller. “We were therefore happy to finally welcome guests inside and are very proud of the result. Judging by the smiles and thrills of the many children, Ghost will definitely become a smash-hit attraction.”

With DKK 80 million ($15m/€11m) committed to improvements this season, 2014 is set to be the largest investment year in Legoland Billund’s history. Ghost – The Haunted House  has a total value of DKK 36 million ($6.5m/€4.8m). Money has also be spent on a new themed 24-room wing to the park’s Legoland Hotel, as well as Lego makeover of the former Billund FDM camping village.