Europa-Park set another new attendance record in 2012 – which must come as something of a relief to the Mack family after the most capital intensive season in the German venue’s 38-year history.

More than 4.5 million visits were made to the park in the Black Forest, with 2.5 million rides enjoyed on Wodan, the new wooden coaster, and over 100,000 guests staying at the new Bell Rock hotel since it opened in July.

Also noted was a high level of guest satisfaction and a steady increase in visitors coming from outside Germany and neighbouring France/Switzerland. As in 2011, a double-digit increase in conference business was recorded. The park’s gastronomy offer, including its looping fun food restaurant FoodLoop and gourmet Ammolite lighthouse restaurant received many plaudits.

In total occupancy across Europa-Park resort’s five themed hotels was in excess of 95% – making them the envy of the hospitality industry. Overnight stays in turn generate many repeat visitors to the park.

“Today, almost 90 per cent of our guests visit Europa-Park repeatedly,” highlights owner Roland Mack. “The biggest increase in park visits and overnights came from guests in France. During the winter season, some days we had over 60% French visitors. In addition, more and more guests are visiting Europa-Park from Austria, Benelux, Eastern Europe and the Arab countries.”

Whilst the hotels and “Confertainment” facilities remain open, the new park season kicks off on March 23 – a week ahead of Easter. Following the €60 million spent in 2012, it will be a relatively quiet year in terms of new attractions, but work has already begun on a big Arthur-themed dark ride for 2014. 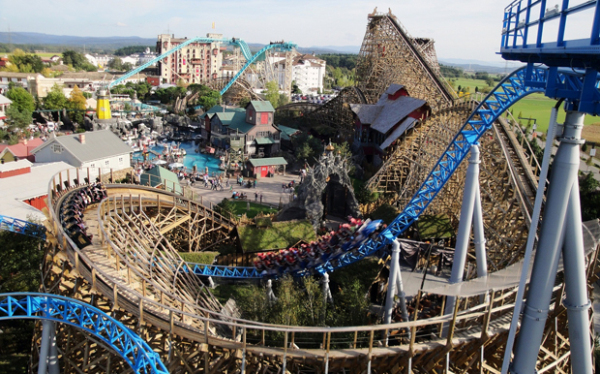