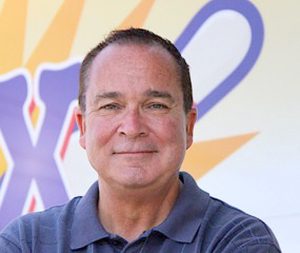 Foley has served as the Chairman of the Personnel Committee for the International Association of Amusement Parks and Attractions (IAAPA). He was honored with the Best Workshop Award for his Motivate Me seminar at the 1994 IAAPA convention. Foley brings his expertise and motivational skills full circle as he returns to Ocean City and Gillian’s Wonderland Pier.

“Gillian’s Wonderland Pier is a uniquely entertaining and historical attraction and one of the greatest entertainment venues in New Jersey,” said Foley. “When this opportunity presented itself, I knew it was the right time to return.”

Jay Gillian, Ocean City Mayor and owner of Gillian’s Wonderland Pier said, “This is a real family business, and through the years, Gary has been a big part of the Gillian’s family. Gary has deep legacy interest in Wonderland and a proven track record of innovation and success in our industry. That makes him the perfect person to take Wonderland to the next level as the premier attraction on the New Jersey shore in 2018 and into the future.”