To many British children, Richard Cadell is known as the host of The Sooty Show, a long-running TV series featuring the glove puppet Sooty the bear. Yet for over two decades the magician, entertainer and television presenter has also run this popular amusement park in the South West of England together with his brother David. 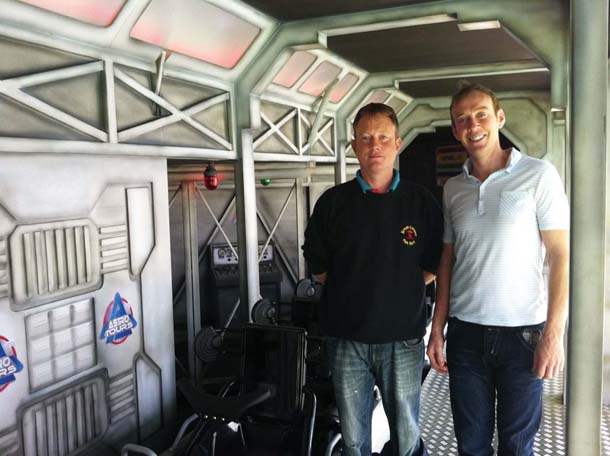 I always wanted to build a Ghost Train, that was the dream. My brother, who does a lot of the fabrication at the park now, was very much into making models. I remember going to Bates’ Fun Fair in Leicester when I was six or seven and I knew immediately that that was what I wanted to do. I went back into school and told the teacher I wouldn’t be there the next day because I was running away with the fair!

When I was 18, I saw an advert in the [showmen’s newspaper] World’s Fair. It said “Ground to let at Brean Leisure Park, on site already Dodgem, bike track and rides for the winter.” It appealed to me because there was the also the chance to do a bit of DJing and I thought if I don’t make much money form the Ghost Train I could always work in the evening. Looking back on it now, it was a good opportunity; David and I have worked bloody hard and it’s become a good business.

There was potential here, it’s just that no one realised it. I remember we bought an old Twist and the showman that owned the Dodgems at the time said, “I don’t know what you are doing that for, it’s not Blackpool you know!” But it’s only as good as you make it.

The turning point for us was the [Reverchon] Log Flume, around 1999/2000. We took out a huge loan, secured on every house we had, but the ride took money like we’d never taken before and that proved to us that if something’s good, the people will come for it. The next winter we bought the Wipe Out [KMG Afterburner], then the Crazy Mouse, and then we bought out the guy with the Dodgems.

There were a few other tenants, but they were stuck in their ways; they thought it was their birthright to be here. I had always wanted my own park, so I found this place in Penzance and I went to [Brean Leisure Park owner] Richard House and told him me and David were going, and we were going to take the Log Flume and the Mouse with us. Richard called back and said he’d lease us the whole park. That was six years ago, and it didn’t make us very popular with the tenants, but suddenly were able to make a real difference. 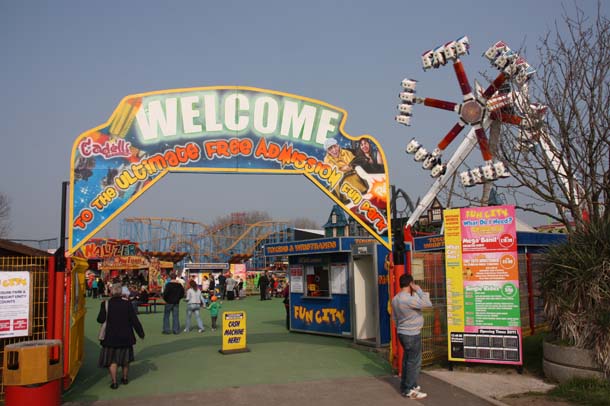 I wanted to stamp my identity on the amusement park. Brean Leisure Park sounds like it should be a country club or something; it needed to say what it was. Fun City, which is a terribly predictably name, just seemed quick and easy, and people are now beginning to call it that.

I wanted to create somewhere that had the service levels of a theme park but with the atmosphere of a fun fair, because that’s what’s missing from a lot of parks. We’ve pretty much got everything you would find on the fairground.

We were without a Waltzer for many years. I thought you can’t have a Waltzer at an amusement park because it’s too fairground, but in the end you give them what they want and they love the Waltzer. We’ve also got quite a lot of KMG rides, and we would buy more, but at the moment they don’t make anything else that is quite right for us; they are a brilliant company though.In winter some parks simply turn everything off but we pull everything down, very few things stay up and where possible we sheet it off move it inside. In winter you can’t move inside the Laser Quest for Waltzer cars and Dodgems cars.

This season we added four new attractions, the Astro Storm indoor coaster, some bumper boats, a mirror maze and Congo Golf. Brean also has a new swimming pool/waterpark, although that’s not ours. Astro Storm, which was the old Space Invader from Blackpool Pleasure Beach, was a great ride when first opened but I hope that we’ve been able to better the experience and do a bit more with the sound and light effects. 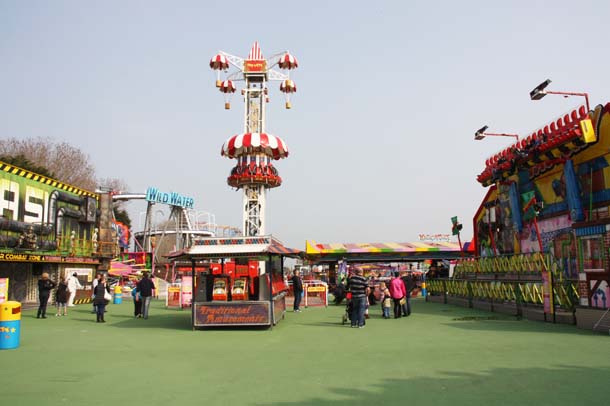 We normally do four or five Sooty stage shows each year at Brean and we’ve just filmed a new series of The Sooty Show at the park, what a great backdrop! It’s showing this autumn on CITV, however the days of ITV paying you loads of money to make a kids’ TV show are long gone and so the majority of the money came from me and my brother. ITV saw a pilot and loved it, so I think they are turning a blind eye to the fact it is a massive commercial for this place. Depending on how successful it is we’ll build a big Sooty area at the park, we’d be stupid not to.

Funnily enough we never bought Sooty purely with a view to the park, but it did open a few doors. It was very difficult to get the money to buy the Log Flume, but then my bank manager at the time said he had seen me on TV and his kids loved it. He asked to see a copy of my television contract, even though we were securing the ride on our business. We virtually got that Log Flume off the back of Sooty!

I think we’ve got a long road ahead of us at Fun City. Gradually we will become more like a theme park, our attractions will become more spectacular, but we’ll always have that exciting fairground atmosphere with the lights and the music!

Owned by the House family, Brean Leisure Park is billed as the South West of England’s largest fun park, located in the small town of Brean near Weston-super-Mare. As well as Fun City, the property also includes the Brean Splash Waterpark, a holiday park, golf club and pub. The House family is one of largest providers of caravan and camping accommodation in the region.

David and Richard Cadell took over as sole amusement providers at Fun City in 2006 after years as concessionaires. Admission to the park is free and guests pay for rides with tokens or unliimited ride wristbands.

Sooty (pictured) has been a familiar fixture of British television since the 1950s, originally presented by Harry Corbett, and later his son Matthew. Taking over from Matthew Corbett as presenter in 1998, Richard Cadell bought the rights to Sooty in 2008 from HiT Entertainment.