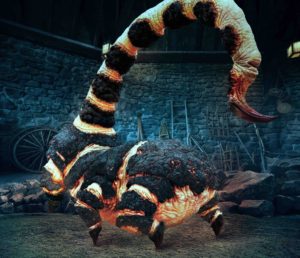 The new addition to The Wizarding World of Harry Potter will be an immersive experience combining a new level of storytelling and innovative coaster technology with elaborate environments – including an actual forest with more than 1,200 live trees – to bring an all-new wizarding world adventure to life. Guests will embark on a journey with Hagrid – one of the most beloved characters in the Harry Potter films – into the Forbidden Forest to discover some of the wizarding world’s rarest magical creatures.

Guests can visit the Universal Orlando Blog to get a first look at the creatures – from familiar fan-favorites in the Harry Potter film series to a creature that’s never been seen in the films, including a majestic Centaur, a swarm of mischievous Cornish pixies, Fluffy, the three-headed dog, and the Blast-Ended Skrewt.