Fernando Eiroa Steps Down as CEO of Parques Reunidos 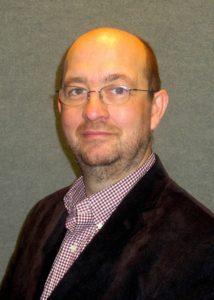 Parques Reunidos’ Board of Directors has accepted the resignation of Fernando Eiroa as chief executive officer (CEO) of the Company and as a member of the Board, as well as from all other positions he held at the Company, effective immediately.

The Company has now launched a search for a new CEO. Meanwhile, the non-executive chairman Richard Golding has agreed to provide continuity of leadership and oversight until a new CEO is found. The Board thanked Fernando Eiroa for his extraordinary contribution to the Parques Reunidos IPO in 2016 and for his 15 years of service to the Company.

“When I look back to all of the great things that have happened since I started in 2004,” said Eiroa, “I feel humbled by the unconditional support of my coworkers and the trust and understanding of the Board, the investors and the shareholders that made all this possible.”

“After many years working with Fernando in Parques Reunidos,” added Golding, “I can only say that he has played a major role in the Company’s success story.”

The Board remains confident in the quality of Company’s assets and growth strategy, the many ongoing projects and openings scheduled for 2019, and its ability to deliver long-term value creation for its shareholders. The Board looks forward to communicating to the market in more detail regarding the positive developments and progress Parques Reunidos is making on various fronts.