The English amusement park Drayton Manor welcomed operators from a smaller but burgeoning sector of the attractions industry. Owen Ralph reports from the annual conference of the National Farm Attractions Network (NFAN).

Now in its 12th year, the conference was extended to a two-day fixture for 2011. NFAN members enjoyed tours of White Post Farm near Nottingham and Sacrewell Farm and Country Centre in Peterborough on February 7, followed by dinner in the Drayton Manor Hotel. The next day a full conference programme was staged inside the hotel, while in the Hamilton Suite a small exhibition featured a diverse range of companies keen to tap into or build their presence within the sector.

By general consensus, farming is a challenging industry in 21st Century Britain and so it’s no surprise that many farmers have chosen to diversify beyond the business that many of them were born into. Established in 1996, the NFAN now boasts over 205 members and there are estimated to be around four times as many farm attractions in the UK. What began as farm shops or pets corners have, in some cases, developed into quite elaborate operations offering everything from tractor rides and corn mazes to large Halloween spectaculars.

And how many visitors do such attractions entertain? An indication was provided by the conference’s accompanying award ceremony, with two categories for Farm Attraction of the Year: Under and over 75,000. That’s not enough to cause major headaches to the likes of Drayton Manor, which now entertains over a million guests a year, but as families increasingly seek “authentic” days out, farm parks have a loyal set of fans and are perfectly in keeping with the zeitgeist. 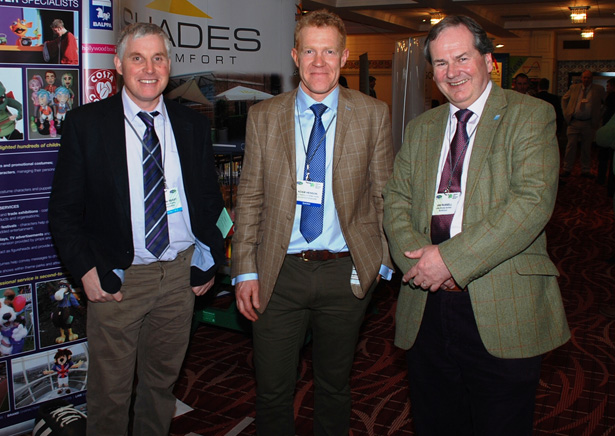 The conference programme began with a keynote session from Adam Henson, owner of Cotswold Farm Park. What was a rare breeds centre (“they are rare because you can’t make any money from them”) developed by his father had grown organically under Adam’s watch before receiving a massive boost when he landed roles as a television presenter on the BBC’s Countryfile and Lambing Live. Renaming the park Adam Henson’s Cotswold Farm Park to capitalise on such TV exposure, Adam and his business partner hope to develop a nationally recognised brand and have already launched spin off products and events including a beer and a Food and Farming Festival. Above all, “honesty and integrity” are key to “AH” brand.

A panel session followed, with contributions from Adam Henson, Tim Rollings of Fishers Farm Park, David Taylor of Taylor Design & Play, and Paul Sharpe from Kids Play. New revenue streams, pricing/discounting and market saturation/consolidation all came up for discussion. On the latter topic, David Sharpe noted that, “Most fellow play centre operators want to be farm parks and most farm parks are putting in play barns.”

Following a presentation on customer service from Jonathan Winchester of Shopper Anonymous, Ian Russell from Wroxham Barns revealed how he had used food and drink to widen the visitor demographic and stimulate trade outside traditional peak times. In the process his farm had gained a reputation higher than many local restaurants and hotels.

A five-mute annual general meeting preceded lunch. If only all trade associations were so efficient! The afternoon programme began with an update on the industry code of practice with David Coackley from the Health and Safety Executive, followed by a session on collecting membership income by direct debit with Andrew Wolfe from Willows Farm Village and David Blower from Hatton Country World. The day’s business came to a close with the presentation of the Farm Attraction of the Year awards (see panel).

From suppliers of toys, play equipment and climbing walls to providers of insurance and market research, around 40 companies provided trade stands.

“This was the first time we exhibited at the NFAN event,” revealed Helen Ede of mascot company Rainbow Productions. “The day presented a perfect opportunity to meet many existing clients and helped raise our profile with farm park operators. We are already working with an increasing number of farm attractions across the UK, supplying official personal appearances by famous children’s characters such as Pe ppa Pig and Shaun the Sheep.“

UK Farm Attractions of the Year

The winners of the NFAN Farm Attraction of the Year Awards for 2011 have been revealed as Marsh Farm in Essex, pictured below, (venues hosting between 20,000 and 75,000 guests) and Willows Farm Village in Hertfordshire (over 75,000). 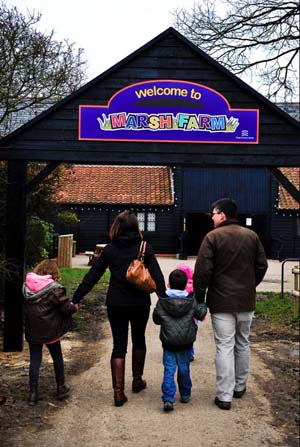