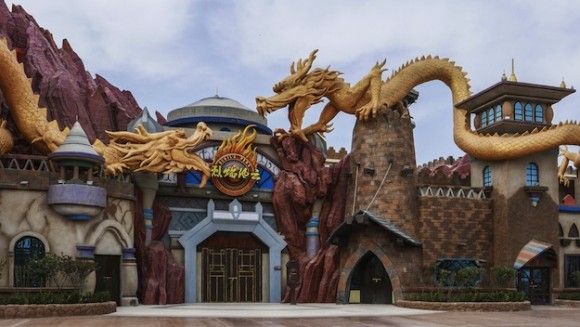 Read our exclusive profile of the Chinese company that has built up a chain of 18 theme parks in less than 10 years.

Operating under the Fantawild Adventure, Fantawild Dreamland, Fantawild Water Park and Oriental Heritage brands, the Fantawild group is headquartered in Shenzhen, Guangdong province. Parent company Fantawild Holdings is one of the largest culture and technology companies in China, operating in areas including creative design, film production, media networks and cultural consumer products. In an exclusive interview for Park World, Fantawild International general manager Daisy Shang (pictured below) tells us more about the company’s approach and how, as it develops a new domestic park concept celebrating China’s heritage, it is also exporting its technology and design services overseas. 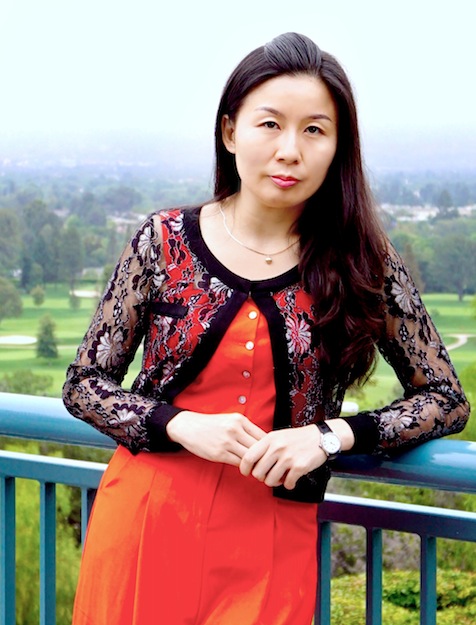 What makes you different to other Chinese theme park operators?

Fantawild is the only company in China that is able to design, develop and export theme parks in whole set. Besides our 15 domestic parks, we also exporting our design services to countries like Iran, South Africa and Ukraine. You can call us a theme park solution provider, because we can provide a full service from concept design, masterplanning, research and development to operator and attraction provider.

Hytechnology’s spherical 4D theatre systems have already been sold in more than 40 countries such as the US, Italy and Canada. With our own animation, film production and special effects business, we are fully equipped to provide those theatres with more than 20 new 4D films each year. 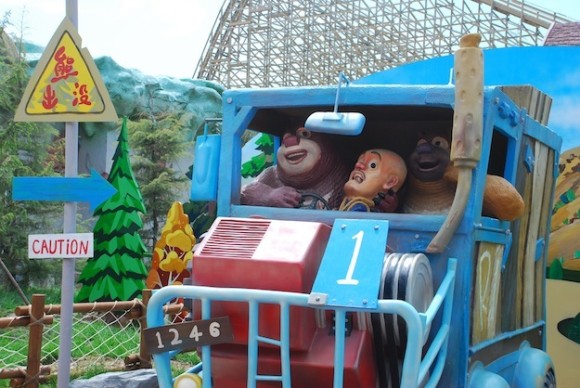 How does your film and animation business support the parks?

Boonie Bears, produced by Fantawild Animation for China Central Television, has become the most famous children’s show in China, as well as enjoying the highest box office for any animated film in China. Naturally, Boonie Bear attractions are featured in several of our parks.

In fact, our original animated programmes have been sold to more than 100 countries and territories. We have also invested in movies like Inseparable and Future X-Cops, which marks an important step towards the diversified industrial development of Fantawild, making it an emerging force in China’s film industry. 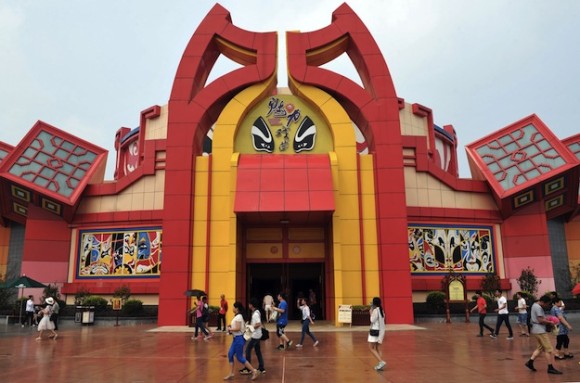 How do the Fantawild park brands differ?

Fantawild Adventure is based more on science fiction, whereas Fantawild Dreamland is more focused on animation. The Oriental Heritage park is a newer concept that is based mainly on Chinese traditional culture. People like it because China has a long history and there are a lot of stories to tell. We also have a new park temporarily named ASEAN Expo, located in the city of Nanning, Guang Xi province. This park is designed according to the cultures and legends of the 10 countries of ASEAN (Association of Southeast Asian Nations).

What sorts of attractions can guests expect?

We have a lot of our own IP in the parks. Most of our attractions we also develop ourselves, but for things like rollercoasters we work with different manufacturers in China and worldwide because we cannot build it ourselves. We want rides that are attractive, good quality and also the right price of course. In the cultural heritage parks we use things like live shows, 4D dark rides and flying simulators to bring the stories to life. 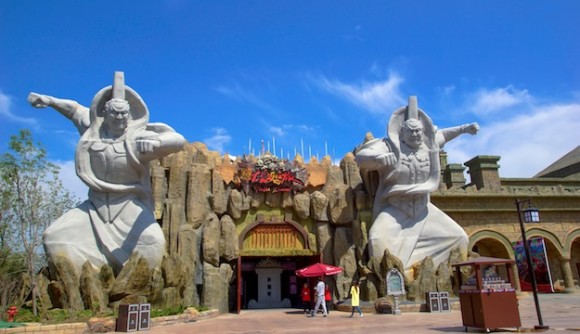 Please tell us more about your park portfolio

in China so far we have 18 parks open for business, seven more under construction, and a further nine which we have signed contracts on and will be constructed in the future. The first park opened in 2006 in Chongqing. Sometimes we have been the first parks to open in these cities; sometimes not. All of our theme parks are targeted at the family, with some attractions for both kids and adults. Most of our parks are doing somewhere between 1 and 2 million annual guests, some more. The most popular parks we have are in Wuhu and Zhengzhou. Generally our visitors are coming not just from the city but also several nearby provinces. We always adjust the ticket according to the local market. Price wise, I think we are somewhere in the middle compared to other parks in China. 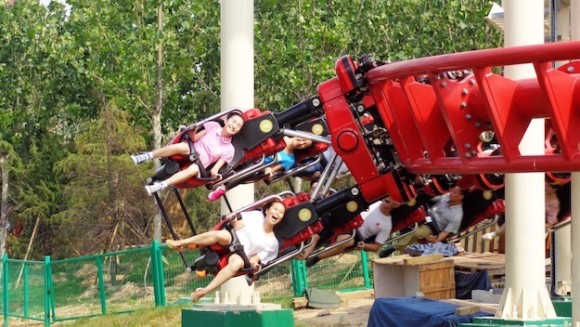 When do you think theme parks in China will start to attract the sorts of large numbers enjoyed by the big players in other Asian countries like Japan and South Korea?

Some of the parks in China used to be not so successful, because their offer was not attractive enough; they were not really theme parks. I think the parks you mean in Japan are Disney or Universal parks, they are worldwide brands and so can definitely attract more visitors. So far in China with Fantawild and also OCT we also have a large number of visitors, maybe not as much as Disney or Universal because the brand is different, but when Disney opens in Shanghai and Universal in Beijing I think the visitors will reach a new level. 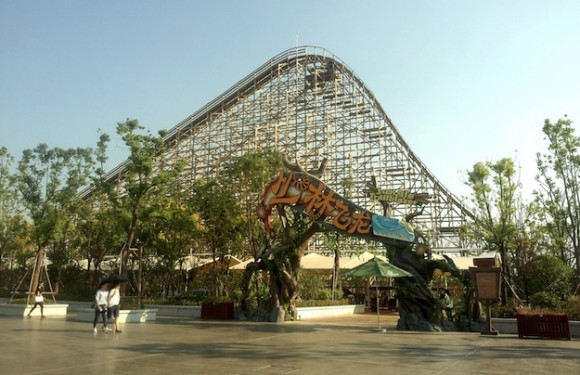 Are you ready for the competition from Disney?

Yeah, our product is different. Our theme parks are localised parks based on local culture, each park is different from the other, not like Disney whose parks are similar worldwide. Even in Hong Kong when Disney opened for business, the local park (Ocean Park) still had very good business.

We have constructed one park in Iran called Isfahan Fantawild Adventure and are masterplanning a park in Ukraine and also working with partners in Nigeria. The partners we are looking for must have the land and good relationships with local government so they can get permission for building, transportation etc, as well as the necessary capital investment. If the partner want to do the construction we can do the design and provide equipment, but even if the local partner can do nothing except provide the land we can provide a turnkey service from beginning to end.

The new Oriental Heritage theme park represents Fantawild’s “fourth generation” park concept. The operator believes it has hit on something new by combining Chinese cultural heritage with modern tourism, “a characteristic most theme parks in China lack.” Walking into the park, visitors will feel like time has been turned back as they see traditional Hui-style architecture and cloth shop banners fluttering in the wind. Enchanting shows and performances are promised to breathe new life into classic folktales and legends including Bridge to Love, Eternal Love, Tale of Nüwa, The Tune Tour, Chinese Opera Express and more.

The first Oriental Heritage park opened this spring in the Shandong province city of Jinan, followed in August by a second outlet in Wuhu, Jinan province. The parks also features a handful of thrill rides including the 1km-long wooden rollercoaster Jungle Trailblazer by Martin & Vleminckx and the Gravity Group, and the wonderfully named Stress Express, a Vekoma Boomerang. Further Oriental Heriage parks are already taking shape in Ningbo and Xiamen. 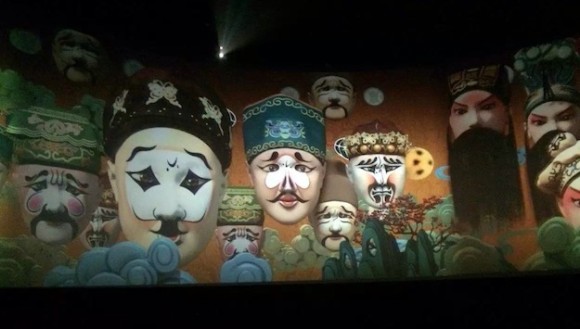