“The most extreme and imposing rollercoaster in Italy” is now under construction at Gardaland, close to Lake Garda.

The ride, by Bolliger & Mabillard (B&M), will open in 2011 and is believed to be the first of its kind, featuring seats suspended either side of the track.

In anticipation of the ride’s arrival, Gardaland CEO Aldo Vigevani and the park’s general director Danilo Santi unveiled a giant “egg” on site last month (pictured). Fans can follow the ride’s progress via a webcam at www.gardland.it 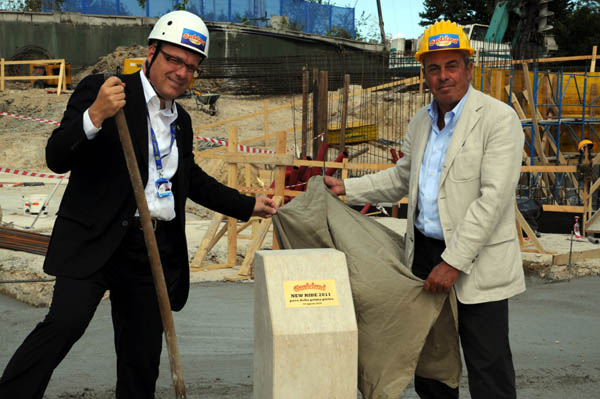