After committing to a massive overhaul of its kids area for 2013, Liseberg has announced it will add Europe’s longest launch coaster for 2014.

Like the existing coaster Lisebergbanan, Projekt Helix (working title) will make good use of the hilly terrain at this popular park in Gothenburg, Sweden. Mack Rides has been revealed as the supplier of the 1,367-metre-long attraction, which will be longer and faster than any other coaster in the park. Built at a cost of SEK 200 million (€23 million), it will also be the most expensive.

Riders on Projekt Helix will experience two LSM-powered launch sections and a total of six inversions including two pretzel loops, two corkscrews, a zero-g-roll and a heartline roll, plus four airtime hills and plenty of drops, twists and turns.  The ride’s highest point will be 41-metres, its top speed 100km/h, and maximum acceleration 4.5G.

“Projekt Helix will have extra of everything!” proclaims Liseberg president Andreas Andersen. “The ambition is to build a ride which is two minutes of pure fun. When we built Balder, we built the world’s best wooden rollercoaster, so we have a high standard to live up to.”

Each ride will last 110 seconds and three 20-passenger trains will be supplied, delivering a theoretical hourly capacity for 1,310 passengers. Construction work is due to start at the end of the 2012 season, in anticipation of a spring 2014 debut. To make way for the ride – which will interact with other attractions including Lisebergbanan, Uppsvinget (Screamin’ Swing), AtmosFear (drop tower) and the park’s log flume – a 3D cinema will be removed. 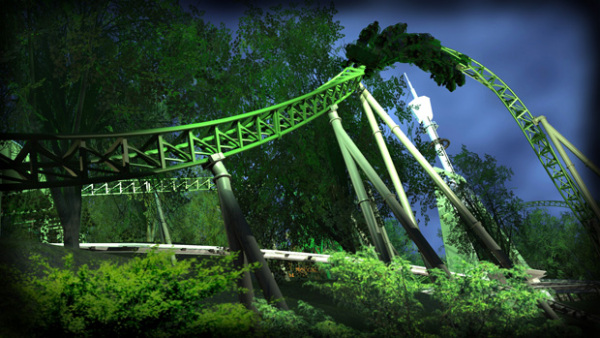 Liseberg currently boasts five other rollercoasters including the Intamin launch coaster Kanonen, the aforementioned Balder and Lisebergbanan, plus the family coaster Rabalder.

Almost matching the investment in Projekt Helix will be Liseberg’s plans for its 90th anniversary season in 2013. To mark this major milestone, the park will spend nearly SEK 195 million transforming its old children’s area into Rabbit Land, which will debut this coming April with 12 new and rethemed attractions, including another family coaster.

More on Projekt Helix – including a video simulation– at projekthelix.se 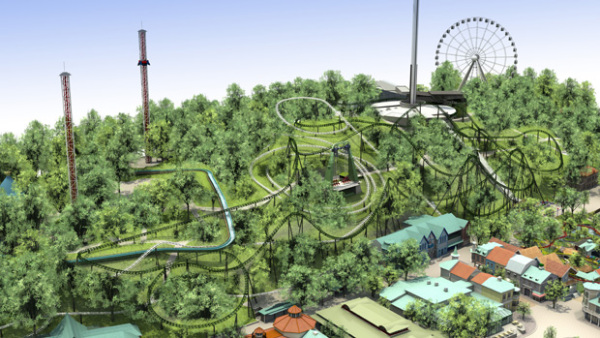