This September it’s back to where it all began as Euro Attractions Show (EAS) returns to London for the first time in a decade.

While it was in Genoa, Italy, that EAS found its feet as a standalone trade show in 2003, it was actually at Earls Court in London – just a stone’s throw away from this year’s venue at Olympia – that the first ever Euroshow took place, alongside the ATEI coin-op exhibition in January 2001. A year later, the event moved to Düsseldorf, where it was held in conjunction with Germany’s established Interschau exhibition.

After the landmark event in Genoa, renamed Euro Amusement Show, the exhibition arrived at Disneyland Paris in 2004. Several exhibitors still talk about that year thanks to the challenging conditions beneath the giant tent that functioned as an exhibition “hall” yet something more significant was taking place behind the scenes. This was the first EAS to take place in conjunction with IAAPA, who would later take full control of the show and rename it once again by replacing the word “Amusement” with “Attractions” in recognition of the industry’s increasing scope.

Exhibitions followed in Vienna, Seville and Nice before the event was transformed from a winter into an autumn fixture, first with Munich (what a party!), then Amsterdam and Rome. Attendance has climbed steadily in this time, to last year’s record of more than 9,000. Next year EAS will pitch up again in Germany – in Berlin – but first London is calling…

“Going to London is a natural progression for IAAPA and the Euro Attractions Show,” says Mats Wedin, chairman of the IAAPA European Advisory Committee. “With our strong relationship with BALPPA (British Association of Leisure Parks, Piers & Attractions) and the large number of attractions in the United Kingdom it is, without question, one of the best places to take EAS.”

IAAPA is expecting more than 8,000 visitors during the three-day event, which will be held in recently renovated facilities beneath the ornate, Victorian roof of the Olympia exhibition centre (pictured). The show floor will feature more than 275 exhibitors, while a comprehensive programme of education and social events is also promised. 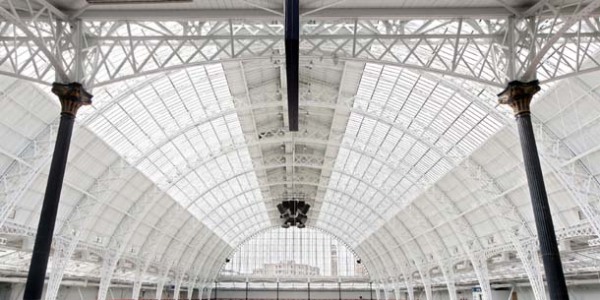 <p>In addition to this, the first IAAPA Europe Leadership Breakfast will take place on Tuesday morning. This ticketed event will feature a keynote presentation from Merlin Entertainments chief executive Nick Varney, discussing the history of Europe’s largest attractions operator, its brand-driven strategy for growth and the benefits of consolidation.

The EAS Welcome Reception, £35/45 a ticket (IAAPA members/non-members), is usually a good party. Later the same night (Tuesday), a Young Professionals Reception will be held at the Pembroke Pub in the heart of Earls Court. This year’s EAS Gala is planned for Wednesday night within the Victorian gothic splendour of the Royal Courts of Justice.

Before the show, on Monday, September 24, IAAPA is offering tours to the Tower of London and local Merlin attractions including the London Eye and Madame Tussauds, while on Thursday there’s a chance to go back stage at Legoland Windsor. Visitors may also be temped to visit the Doctor Who Experience, which will be running at Olympia 2.

Euro Attractions Show takes place within the Grand and National Halls at Olympia from Tuesday to Thursday, September 27 to 29. Park World will be exhibiting up on the National Hall balcony. Come and say hello and pick up the latest magazine on stand 2005. For the full EAS programme, registration details and travel advice, visit www.iaapa.org/eas