Energylandia’s Hyperion debut takes riders out of this world 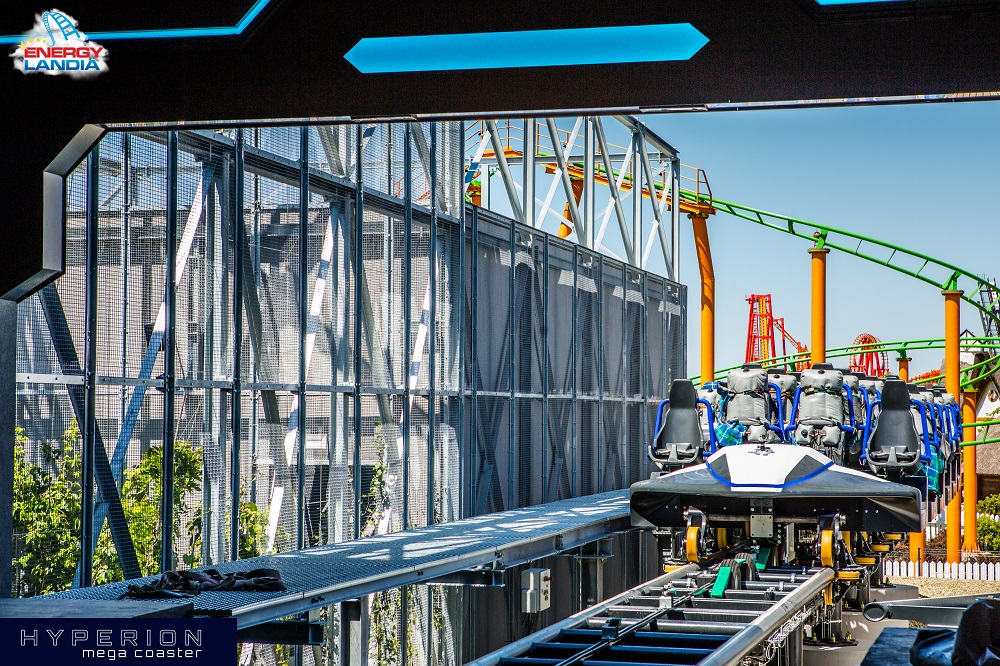 Poland’s newest record-breaking coaster, Hyperion, debuted at Energylandia Park on July 14 – which was, additionally, the park’s 4th anniversary. Celebrations went on across the weekend as riders enjoyed a coaster a year in the making. 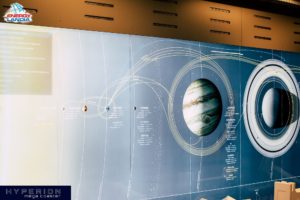 Hyperion is now the highest and fastest coaster in Europe, located in Zator, Poland. Construction began in October 2017 with the first parts of construction being delivered and installed in December of the same year.

The coaster, which stretches to heights of 61-91m, rushes through a 8m deep, 20m wide tunnel at speeds of up to 142 km/h – faster than is allowed on Polish motorways! An initial dive measures 80m with an 84 degree inclination, and the 1450m track features water and gravitational effects, periods of weightlessness, rotational track slopes, double turns, and positive and negative load factors.

Hyperion is themed to resemble an abandoned research station, and riders take on the role of astronauts embarking on a mission to Saturn’s moon; Hyperion. However, the ship encounters a black hole and is drawn into a wormhole, discovering a different universe and a strange twin of planet Earth, named Hyper Novi. 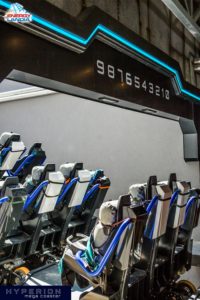 100 people were involved in the construction of Hyperion; specialised builders, engineers, and staff from the Swiss roller coaster manufacturer Intamin. Several dozen tons of materials were used from various nearby countries, and concrete used in the coaster’s foundation was supplied daily by 50 concrete mixers from a nearby production company located less than 10 km from Zator. 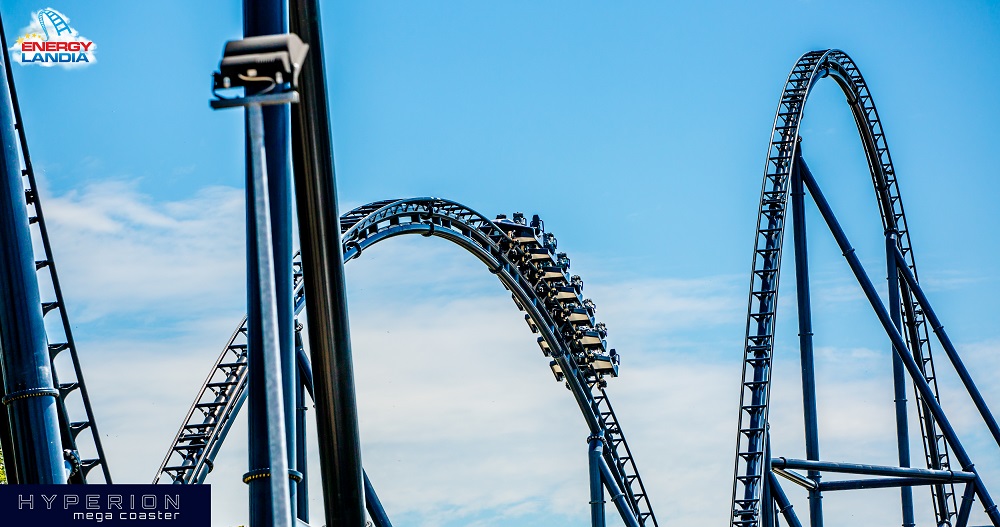 Reflections on an American Dream