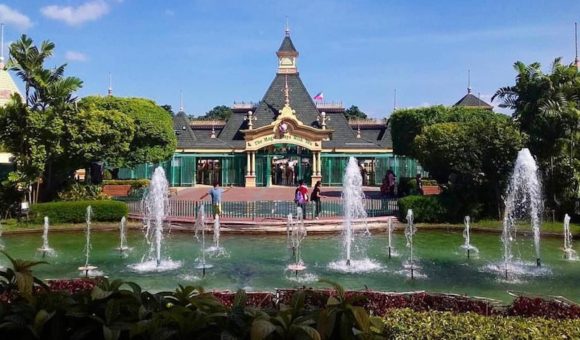 The Philippines’ leading amusement park is to undergo an expansion as it aims to evolve over the next decade from a single-day park into a multi-day, integrated destination, in the process growing from 25 acres to over 100 acres (10.1 to 40.5 hectares).

Falcon’s Creative Group from Florida has been appointed to master plan the first phase of the expansion at Enchanted Kingdom. Located in Santa Rosa, just outside the capital of Manila, the park run by past IAAPA chairman Mario O Mamon and family hosts over 1.8 million visits a year. In 2015, it celebrated its 20th anniversary.

“After two decades of firmly establishing the Enchanted Kingdom brand in the Philippine market, we are very well-positioned to take advantage of our country’s growing tourist arrivals and widen our market demographics,” notes Mamon. “We see Cecil Magpuri [Falcon’s Creative president], with his strong local roots to our home country playing a key role in turning our vision and future plans into reality.”

The new areas for expansion will showcase the rich culture, history and beauty of the Philippine archipelago of more than 7,000 islands, a water element feature and a new zone for Enchanted Kingdom’s own intellectual properties, amongst other developments. Rides, attractions and other entertainment elements are still to be determined. In addition to expanding the footprint of park, and placing a greater emphasis on theming, Enchanted Kingdom also has plans to develop a waterpark, added retail and dining opportunities, plus facilities targeted at the MICE (meeting, incentives, conventions and events) market including hotels and a convention centre.

“Enchanted Kingdom over the past two decades has become a popular destination among local and foreign guests in the Philippines and being a part of this initiative is both humbling and extremely rewarding,” concludes Magpuri at Falcon’s Creative.