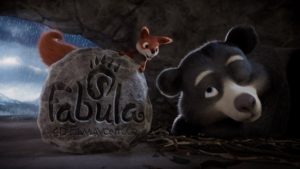 Efteling – the fairytale theme park in the South of Holland – has announced that 4D theatre attraction PandaDroom will re-open with a new restaurant, a new 3D film and a new name; Fabula. PandaDroom was first opened in 2002 in collaboration with the World Wildlife Fund for Nature (WWF NL), to celebrate Efteling’s 50th anniversary, showing a film about the fragile nature of Mother Earth.

In 2019, the attraction is being re-named Fabula. Fabula will comprise a new 3D film in a 4D theatre, featuring 4D effects, such as water, smell and wind effects. The new film is created in collaboration with award-winning studio Aardman – also known as the producers of much-loved British shows Wallace & Gromit, Chicken Run and Shaun the Sheep. The film will be created with the aim of providing an improved and updated experience for visitors.
Fons Jurgens, CEO at Efteling says: “We, at Efteling, are delighted to be working with one of the best animation studios in the world. Working with Aardman on the production of Fabula has allowed us to combine the latest in film and animation technology with a humorous and dynamic film that also teaches important moral lessons.”

Heather Wright, executive director of partner content at Aardman comments: “This is Aardman’s first major piece of original content for the theme park environment, bringing our unique skills of storytelling with brand new characters to a fresh audience.  We have relished the challenge of combining humour, emotion and drama with 4D effects in this exciting experience. 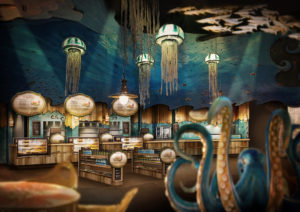 During the pre and main shows of the attraction, lasting eight minutes each, visitors will watch the story of a grumpy young bear who does not get on well with other animals. As such, Klaas Vaak (Mr Sandman) decides to teach the bear some important life lessons by taking him on a magical tour of different habitats around the world. An inquisitive squirrel unexpectedly becomes scooped up in the adventure. The bear eventually gains a little perspective and learns how to be respectful towards other animals. The film will be funny, exciting and suitable for all ages to enjoy.

The renovated attraction will again be centre on the theme of nature with a pre-show, a main show and a play area where guests can play and eat in the theme of savanna, ocean and jungle. In addition to the pre-show and the main show, the restaurant and souvenir shop will also be renovated to enhance the guest experience. The restaurant will have more seats and a new menu with fresh and responsible meat, fish and vegan dishes that match international cuisine. The investment for the development of Fabula amounts to 3.5 million euros. The collaboration with WWF NL will end with the re-opening of Fabula at the end of 2019.​