The Italian capital’s pulling power was such that IAAPA Europe, the show’s organiser, could boast of “more than 9,000” visitors during the three-day event from October 4 to 6 at Fiera Roma. Around of third of the total was from Italy, although over 100 countries were represented.

For visitors from Northern Europe, the city provided the perfect autumn escape, with sunny weather all week and temperatures in the mid 20s (ºC) – perfect for some pre/post-show sightseeing.

The Romans, of course, were famous for their road-building expertise and world-beating infrastructure, but that was a long time ago. The venue chosen for EAS was around 20km from the centre of Rome, with no on-site hotels and less than perfect transport links. Smart visitors would have flown in to the nearby Fiumicino Airport, and jetted out again the same day. Yet for anyone needing longer at the show, or wanting to experience more of this famous city – as most did – an unreliable and overcrowded train service or an expensive taxi ride were required to reach the venue. Leaving was even harder.

Once visitors arrived, a total of 265 exhibitors were waiting for them, spread across two halls of Fiera Roma, an increase of about 10% over last year in Amsterdam. Given Italy’s ride manufacturing heritage, it was surprising there weren’t more “real life” exhibits in the outdoor area linking the halls. There was, however, a bonus for EAS visitors in the shape of the neighbouring ENADA coin-op exhibition where, even those operators without gaming facilities could admire the eye-candy. Theme park and attractions suppliers, of course, don’t need scantily clad models, to make their products look sexy.

A nice touch was Wednesday evening’s EAS Welcome Reception, which took place in Hall 5, giving exhibitors the chance to stay “open” for an extra couple of hours and entertain clients on their booth over a drink. From here most guests made their way back into Rome, several of them partying on at the Young Professionals Reception. Sponsored by Dutch Wheels and Mack Rides, the event was held at Ducati Café and, as always, attracted “young” industry members of all ages (isn’t that right, Jeroen?) The following night the big EAS Party took place in the majestic hilltop surroundings of Villa Milani, offering great views over the city below.

As Park World made its tour of the show floor on the final day, at least one exhibitor was feeling the strain from the week’s activities. “I don’t understand why the show has to be this long,” remarked Albert Brandestini of ABC Rides. “If they did it over two days the same number of people would still come for those two days. And for us, the ideal timing for the show would be May; that’s when we have done all our deliveries and are looking for work.” 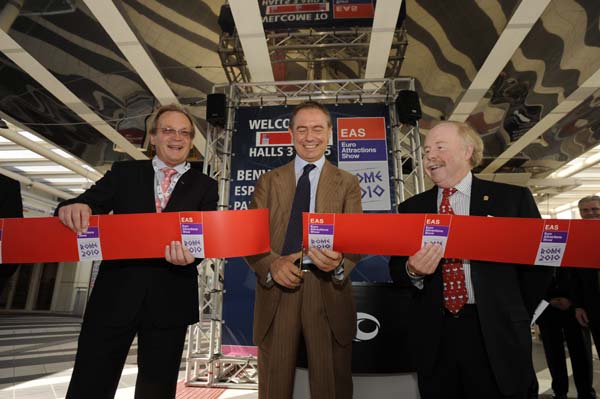 IAAPA insists that the autumn timing of the show is still an experiment, but for some it’s a clearly a problem as a number of big fairs and festivals were taking place around Europe at the same time.

“The timing is not ’showman friendly’,” highlighted Theo van Zwieten from Mondial, adding, “the show looks great but the logistics certainly have an Italian influence!”

But business was being done on the floor. Technical Park, for example, signed deals for two Ferris Wheels and sales manager Marco Grigolo’s only complaint was that Hall 3 was “too warm.”

Trying to raise its profile was water ride specialist Interlink. “We’ve seen some French people and obviously some Italian, but virtually no Brits,” noted John Hudd.

“Most people seem to be from Central Europe,” agreed Michael Hesse of Huss Park Attractions, “there’s also some Middle East. The first day we saw lots of quality, and the second day was also fine, so we are happy.”

“Like some other exhibitors, we believed Rome as a location could have an adverse impact on visitor numbers,” confessed Helen Ede of Rainbow Productions. “Fortunately the signs are promising and we’re already quoting on a number of mascot projects for European parks. Roll on EAS 2011 in London!”

Altogether it was an enjoyable, but taxing, week in Rome. EAS attendees should face less challenges next year in London, around which there is already quite a buzz. Scheduled for September 27 to 29 at Olympia, the venue is much more central, and already IAAPA has sold well over half the available exhibit space. Park World looks forward to meeting you on home soil! 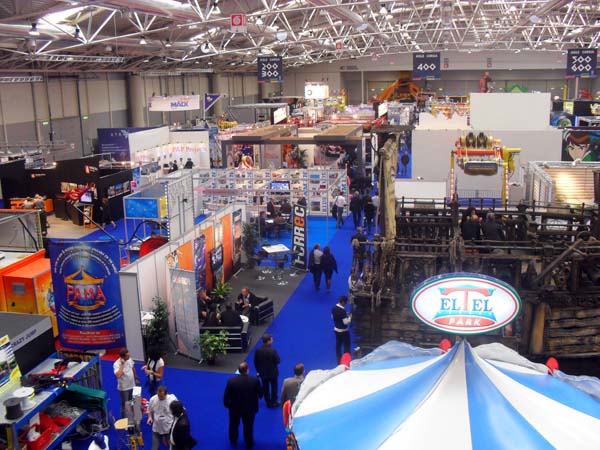 Loudoun Castle – end of an era