Ten years after the very first Euro Attractions Show (EAS), the exhibition it set for a return to London in 2011, organiser IAAPA has announced.

EAS 2011 will take place inside the recently renovated Grand and National Halls of Olympia (pictured), central London, from Tuesday to Thursday, September 27 to 29. This means a clash with established UK exhibition Leisure Industry Week (LIW), which takes place in the city of Birmingham from September 20 to 22.

As for London, the English capital is recognised as a world-class city rich in culture and history as well as being home to some of the most famous and visited attractions in the world.

“Going to London for EAS 2011 is a natural progression for IAAPA and the Euro Attractions Show,” believes Mats Wedin, chairman of the IAAPA Europe advisory committee. “With our strong relationship with BALPPA (British Association of Leisure Parks, Piers & Attractions) and the large number of attractions in the United Kingdom it is, without question, one of the best places to take EAS.” 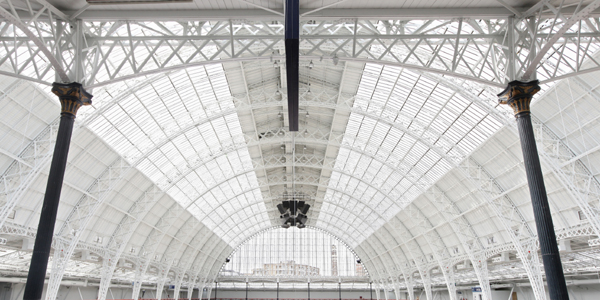 Founded by EAASI (European Association Amusement Supplier Industry), EAS began life in January 2001 as Euroshow, an expanded version of the parks and attractions show at ATEI in London. A year later it returned as Euro Amusement Show, held alongside Interschau in Düsseldorf. The first standalone EAS took place in Genoa, Italy, in 2003. It has continued to move around Europe since.

IAAPA took full control of the show in 2006, swapping “Amusement” for “Attractions” in recognition of the industry’s increasing scope, and later moving it to a new autumn “fall” schedule. Now recognised as the largest annual event and industry get-together in Europe, it attracts around 8,000 park owners, attraction operators and travelling showmen.