Just over 7,000 visitors turned out last month for Euro Attractions Show (EAS) in London to see the largest selection of exhibitors ever in the IAAPA-organised event’s 10-year history. Owen Ralph reports.

With the sun shining and temperatures during the week hitting the late 20s (ºC), many participants were surely left wondering why they wanted to be confined to an exhibition centre rather than make the most of the “Indian summer” outside. But of course most were in London for a reason – to catch up with industry colleagues and friends, learn something new at one the education sessions or perhaps firm up next season’s spending plans on the show floor.

Staged from September 27 to 29, the event was taking place for the 10th time as a standalone trade show. The list of exhibitors was at an all time high, with 336 companies featured, 82 of who came from the UK. With 7,053 passing through the doors of Olympia over the event’s three-day period, among them 4,779 qualified buyers, visitors numbers were not record-breaking. Similar but just shy of previous EAS attendance figures in Paris (2004), Vienna (2005) and Seville (2007), the total was about 2,000 less than last year in Rome but, hey, the weather was warmer in London.

“We are extremely pleased with this show and the support of the associations in the UK,” remarked Mats Wedin, chair of IAAPA’S European Advisory Committee. “Not only did we have a record number of exhibitors, we noticed that the European industry is as vibrant as ever.”

Parallel to the exhibition ran a wide-ranging education programme, a new feature of which was the first EAS Leadership Breakfast, mirroring similar events at IAAPA Attractions Expo in the States. The keynote address was delivered by Merlin Entertainments chief executive Nick Varney. Outlining his company’s very clear vision, he also raised the “burning issue” of pricing, arguing that aggressive media coverage prevents many parks and attractions commanding higher fees from their guests. Over the week, more than 1,000 people sat in on the various EAS seminars, which tackled such topics as intellectual property and branding, social media, fan communities, human resources and waterparks.

As always, the Welcome Reception on Tuesday was well attended, bringing visitors and exhibitors together over a drink at the end of a hard day on the show floor. Wednesday night’s official EAS Gala was staged this year at the Royal Courts of Justice, rather than the arguably more obvious backdrop of one of London’s many museums or attractions. Various exhibitors also hosted their own events, such as Animalive’s subterranean lunch at the Jam Tree pub or BRC Imagination Arts’ Europe and Middle East dinner at Whit’s restaurant.

Wherever you ended up, there was a temptation to stay out late thanks to the exhibition’s relaxed 11am start. This combined with the heat gave the proceedings an almost southern European feel.

But how was business inside the exhibition? “It has been a great show for us,” smiled Sohret Pakis of Polin Waterparks & Pool Systems from Turkey. “The buyers seem very targeted and we’ve had some good leads. While we were here we attended the Waterpark Forum, which was funny because of the 60 European projects presented we had done about 40!”

“This is actually our first time at EAS as an exhibitor,” revealed Ross Magri of local ly-based design company Sarner. “It seemed like a unique opportunity because it’s in London and also because we have one of our attractions [Doctor Who Experience] open at Olympia Two.”

“The show has been good,” reported BRC’s Bart Dohmen, “better than Rome, which we were not enthusiastic about! People have projects, money and intent. In fact, it’s been as good for BRC Europe as IAAPA is for the company globally. We have to do some overtime now to get the right response to all the leads!”

“If we get half of the business we are expecting we will be very pleased,” said Bob Nichols of Leisure Technical Consultants, which performs ride inspections for many UK amusement operators. “We’ve already booked for Berlin next year.”

Responding to European interest in its wooden coasters, The Gravity Group was making its EAS debut. “With Twister open in Stockholm [Gröna Lund] we thought it would be good to be represented here,” explained Korey Kiepert. “So far, so good; there’s not a great deal of people but we have got some good prospective work.”

Yet another first timer was Bombay Amusement Rides. “We came because we can meet the quality requirements for European market,” noted Pradip K Sharma. “We now offer TÜV certification on request, and are possibly the only manufacturer in Asia to do this. I think there is an opportunity right now because Europe is in crisis and people are looking for affordable alternatives.” 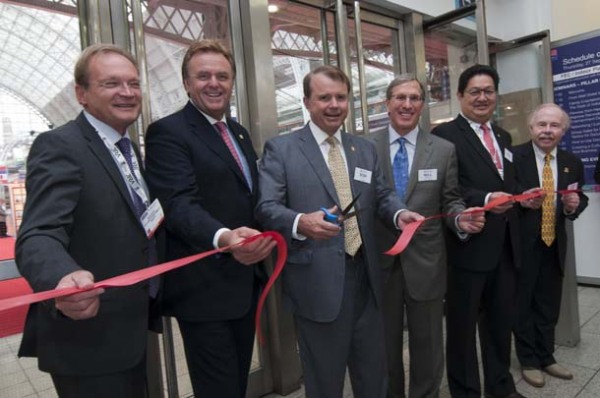 A stalwart EAS exhibitor was Michele Bertazzon of the eponymous Italian family firm, who also used to participate in the old ATEI show in London. “There are a lot of exhibitors here and the show is looking nice,” he commented, “however we don’t see many visitors. We were expecting more people from the Middle East, because they always used to come to ATEI.”

“The time of year is not to good,” observed Marco Grigolo if Technical Park, “however it is always a compromise. The showmen are still busy and the parks are still open.”

“I think the last five years I do more business outside of the show than at the show,” Edward Cromheecke told us on the Fabbri Group booth. “More and more it is a place to say hello, you don’t do deals here, but it is important to be here.”

“We were rather pessimistic at the beginning,” confided Eric Dillens of nWave, which was showing its latest 3D film, The Little Prince, throughout the show. “Actually it’s been quite good, and it’s useful to see all our clients together.”

“The first day was slow, but it’s picked up,” was the observation of Maurer Söhne’s Hermann Bockhorni. “We very much prove of the location!”

And that was about it for EAS in London – “quality not quantity” when it came to attendance, a popular choice of host city, and a nice exhibition hall. Did we mention the sunshine?

The next edition of Euro Attractions Show will take place in the German capital, at Messe Berlin from October 9 to 11, 2012. This will be the first EAS on German soil since the memorable 2008 event in Munich.

Besides the country’s many theme parks, family entertainment centres, waterparks and fun fairs, Germany also boasts an outstanding reputation for ride manufacturing and this, says EAS advisory committee chairman Mats Wedin, was one of the reasons for selecting Berlin. “The interest of exhibiting companies is again very high,” he adds, “almost 50% of the exhibition space is already sold.”

The city was also chosen thanks to its location at the gateway to Eastern Europe, opening up another potential market for exhibitors. 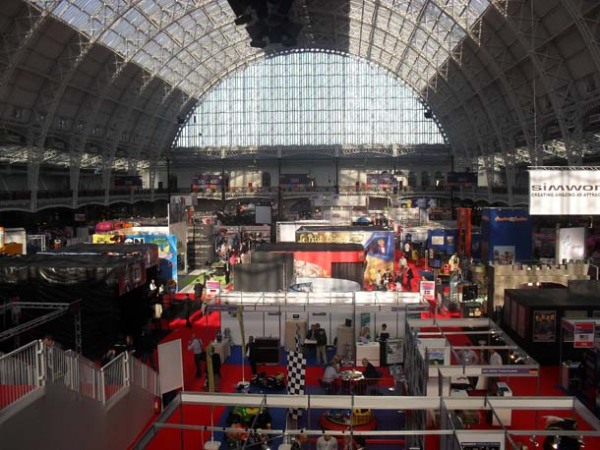