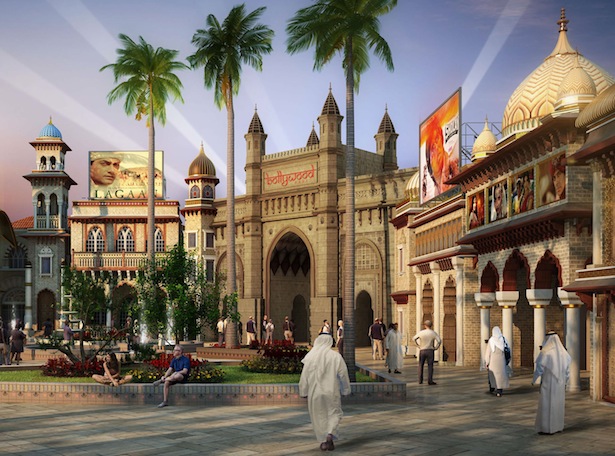 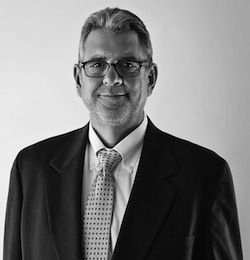 Most theme/amusement parks only become “resorts” when they add
a hotel or other facilities, perhaps a “second gate” waterpark. By launching three parks at once next October, Dubai Parks and Resorts (DPR) will achieve such status on day one. motiongateTM Dubai will be a Hollywood-inspired movie park featuring intellectual property from DreamWorks, Sony Pictures and Lionsgate, while BollywoodTM Parks Dubai will celebrate the magic of India’s famous film industry. Both will be managed by Parques Reunidos. The third theme park, LEGOLAND® Dubai operated by Merlin Entertainments, will be the first LEGO theme park in the Middle East. As DPR’s chief technical officer, Matthew Priddy (pictured above) brings more than 35 years’ industry experience, including a 20-year spell with Walt Disney.

How will the three parks complement one another?
Motiongate Dubai will be media/IP-based, Bollywood Parks Dubai is all about live entertainment and then there’s Legoland Dubai, which is play-based. It’s a nice balance. Clearly Legoland resonates with Western kids as this is a theme park many of them already are familiar with, Motiongate is for all ages with IPs including Madagascar, Ghostbusters and The Smurfs, and Bollywood Parks will be a lot of fun with iconic movies franchises such as Sholay, which is like the Godfather of Indian cinema! 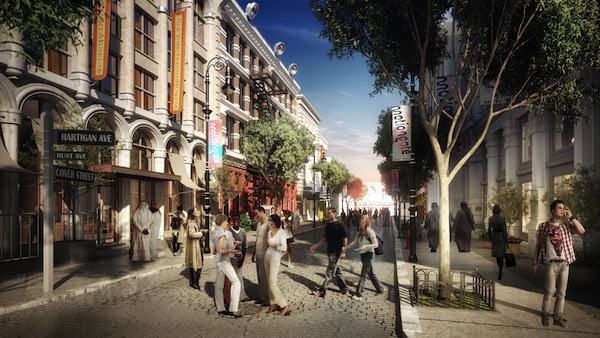 Why do you think no one has ever done a Bollywood theme park before, even in India?

There are parks in India but no Bollywood theme parks, you see local amusement parks in a lot of places that are not necessarily that big but satisfy a population just fine. Now with an emerging middle class with greater spending ability and desire to travel, the time is right. And Dubai of course already has a massive Indian population. 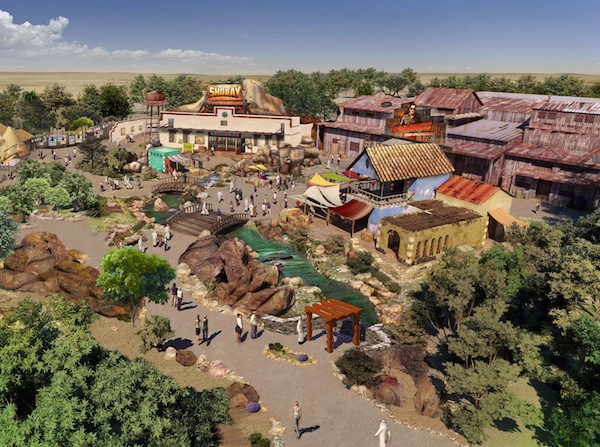 Why is now the right time to be developing new parks in the United Arab Emirates?

Clearly the economy is improving, there are more available funds, the middle classes are growing, Expo 2020 is coming and the infrastructure in Dubai is growing, so it makes sense to us that now is the time to do it.

Dubai also has a programme called Tourism Vision 2020, where it plans to attract 20 million visitors by 2020. Dubai Parks and Resorts is an integral part of that vision. There will also be critical mass. Whether it’s Ferrari, IMG or other competing entities, together we will only serve to highlight the UAE as a destination. Instead of people going through Dubai or Abu Dhabi on their way to somewhere else, now they may choose to stay a day or two, and with the offering we will have at Dubai Parks and Resorts we believe we can make them stay another few days. 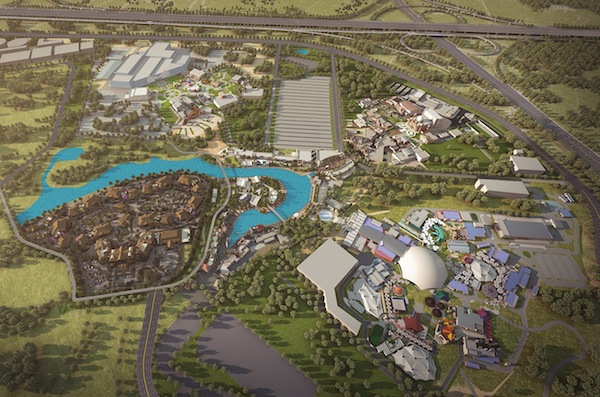 How ambitious is it to be opening three parks at once?

October 2016 is what we’ve made public and that’s what we believe. We always say it is better to have too much demand than capacity. What we are not doing, which Disney did in Europe, is overbuilding the hotels. We’ve got 500 rooms, three theme parks. We are not overestimating the attendance on the business plan, we are being very conservative, because at the end of the day it’s a business and it should be profitable.

Tell us a bit more about the location

We are located in Jebel Ali, virtually equidistant between the two international airports (Dubai and Abu Dhabi), so it’s pretty easy to get to. We will have a lot of the transportation in place when we open. We are working very closely with the RTA (Road & Transport Authority) to make sure we have the right access off Sheikh Zayed Road – which is the main route through this area. Then the Metro will have a station there within a few years. 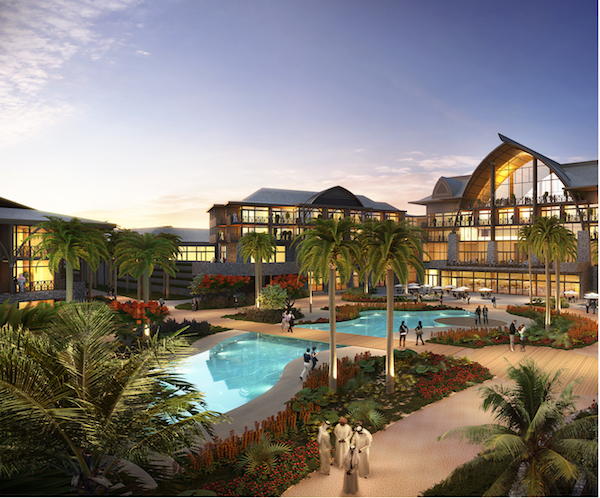 Who is your target market?

The projected annual attendance for our first year of opening in 2020
is 6.7 million ticketed visits across the three parks. Around 70% of that will be international guests, and I’m not just talking about the other GCC countries. We are looking at the 3 billion people that lie within a 4-hour flight time, including India, North Africa, Europe and Russia. That’s quite a lot of people!
Once we get them there, we want to keep them there, not unlike the Disney model. So we will pick you up in a branded bus, show you to your hotel, let you do the parks, perhaps do the Bollywood theatre show at night, and then take you back to the airport at the end of your trip. It’s all taken care of, except when you get home there is no one there to carry your bags, but maybe one day!

Our chief executive officer, Raed Al Nuaimi, has picked some awesome people who really understand the market and will give great guest service. We’re hiring all these young people, which is great, a lot of nationals, and a lot of talented people from around the world. We have name badges that give not only our name but where in the world we’re from. I think there are around 50 different nationalities. We’re proud of that diversity.
All of the parks will feature branded attractions. 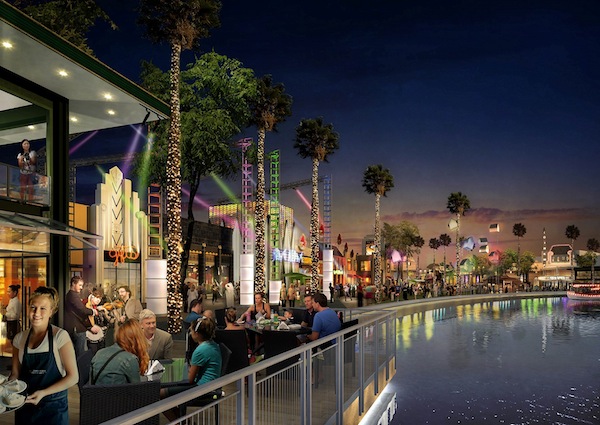 How important is it to approach the market with recognised intellectual properties (IP)?

All the properties that we have signed up – and we have a lot of
IP owners on board – are just as popular domestically as they are internationally. They will be at the forefront of everything we do. In Motiongate we have IPs from three of the world’s biggest film studios – Lionsgate, Dreamworks and Sony Pictures. Their films have millions of fans across the globe, so of course we want to attract them to our park and to their favourite movies as a ride or show.

The Bollywood draw is also going to be massive – and not just from India. I was amazed at how many Russian fans it has. I’m kinda new to Bollywood, it’s fun to watch, and I can see why it’s popular.

What kind of attractions can we expect at Bollywood Parks?

Bollywood Parks Dubai is almost entirely media-based, media with heavy dose of live entertainment. We’ve got a spectacular night show in the Rajmahal Theatre and a musical fountain show. There will be a live show set amid a depiction of Mumbai’s Victoria rail station with two train cars that serve as an F&B facility but the roofs also serve as a stage, it’s going to be cool.

You will see lots of live entertainment and interaction happening at Motiongate and Legoland also, but at Bollywood there are numerous entertainment venues out in the park, sort of like travelling shows or parades. There will also be some simulation, immersion tunnels and things like that. We’re doing all the media for the attractions using Indian resources, and two of our production teams come from Bollywood. 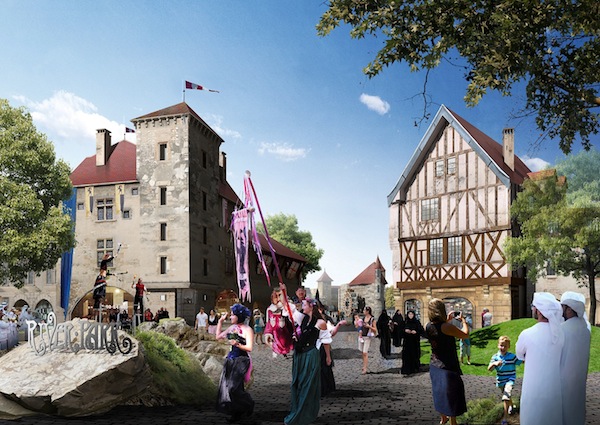 What will be some of the attractions at the other parks?

We will have a pretty cool LIM launch coaster at Motiongate, plus another coaster which will feature a powered system, only the second of its kind in the world, with suspended cars that speed up and slow down as you pass through different sections of the ride. We will have about three or four ETF wire-guided interactive dark ride systems throughout the parks, because they are infinitely programmable and we can have a lot of fun with them.

Who are some of the ride suppliers?

We’ve got Mack, Gerstlauer, Dynamic Attractions, Simworx, Simuline, Zamperla; all the biggies. There’s over 100 rides and attractions across the three parks, some of which are already in the warehouse. It’s nice on a project this size to show a contractor a building with all your stuff in and say it’s time to get moving! We have a great relationship with Hill International, which is managing all the different ride vendors. 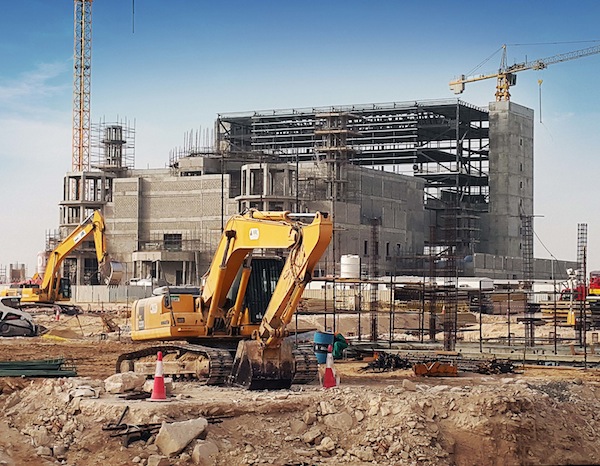 A construction shot, as seen spring 2015

Will there be a fourth or fifth gate after the opening of the three initial parks?

Would you consider adding a waterpark given that some of the most successful existing attractions in the UAE are waterparks?

And there are some very nice ones too. We will have one also at Dubai Parks and Resorts – Legoland Water Park! It’s part of the Lego experience, another
length-of-stay driver. I have seen concepts for all sorts of attractions, but the smart thing to do is get phase I open, get phase II going, see what the demand is and then try to be flexible. It would be foolish to commit ourselves to saying we are going to do this or do that 10 years from now. 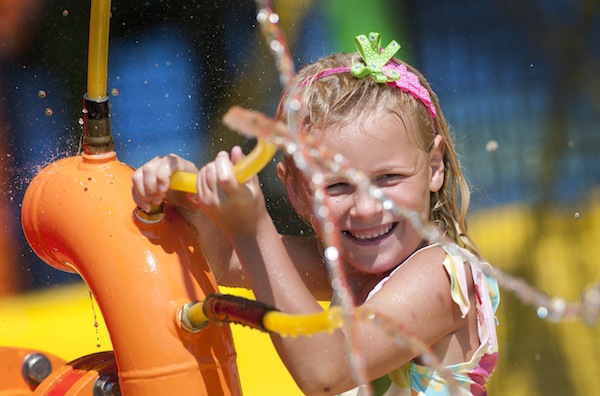 As well as a Legoland theme park, Dubai Parks and Resorts will also also feature a Legoland Water Park

When it opens late next year, guests will be greeted a 220,000 sq ft entrance plaza connecting the three theme parks (LEGOLAND® Dubai, motiongate™ Dubai and Bollywood Parks™ Dubai). This dining and entertainment district, known as Riverland™ Dubai, will feature four themed zones – French Village, Boardwalk, India Gate and The Peninsula – in addition to a 1km-long canal. The resort will also feature a 503-room Polynesian-themed hotel called Lapita, operated by the Marriott group.

One of the suppliers on board with Parks and Resorts Dubai reckons the focus on branded experiences across all three theme parks on site will help stimulate higher in-park spending.

“The UAE is one of the fastest growing markets in the attractions industry and has already secured investment of $350 billion into leisure projects that will be ready by 2020,” notes Baz Slatter, global business development director at Picsolve, DPR’s image capture partner. “Branded attractions are integral to parks in the region. They present a significant profit opportunity with fans that are willing to travel across the world to enjoy attractions dedicated to their favourite characters. Picsolve has witnessed triple conversion rates within branded destinations compared to non-IP related experiences.”

According to Picsolve’s own study into the UAE theme park and attractions industry,  over 62% of 18-25 year-olds say they would be influenced by intellectual properties (IPs) when deciding which park to visit.