Vera Bryan, wife of Drayton Manor Theme Park founder George HH Bryan OBE, passed away on 16 October – less than a month after her husband died. Vera and George were 96 and 92 respectively.

Mr Bryan was a trained engineer with a passion for the entertainment industry. He manufactured mechanical arcade machines with his father, William, who was known as the “King of the Penny Arcade.”

eorge and Vera Bryan arrived at Drayton Manor, near Tamworth, Staffordshire, in 1949 with the intention of building a family amusement park. They paid £12,000 for 80 acres of land, covered with brambles, mounds of rubbish and old army huts. Along with a small, dedicated team they spent six months transforming the site.

In April 1950, Drayton Manor Park opened with one restaurant, a tea room, three hand-operated rides, rowing boats, pedal cars and a set of second-hand dodgem cars. Today the park continues to be run and owned by the Bryan family, with the late couple’s son Colin (one of three children) serving as its managing director.

George, who passed away peacefully at home on 20 September, received the honour of OBE (Order of the British Empire) in 2004 in recognition for his dedication to hospital services and contribution to tourism. Both George and Vera were known philanthropists, supporting a number of charities. The couple leaves an enduring legacy in the shape one of the UK’s most popular family attractions. 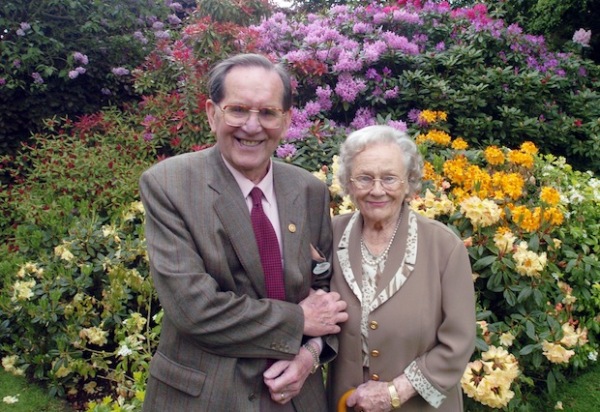