Produced by the BBC, Doctor Who is the world’s longest running science fiction television series, following the adventures of an eccentric time traveller and his alien encounters. A key feature of the show is the Doctor’s TARDIS (Time And Relative Distance In Space), a time machine that takes on the appearance of a vintage police phone box, but which is much larger and more quirky on the inside than the outside.

First screened in 1963, it was arguably the return of Doctor Who in 2005 – complete with 21st Century CGI and effects – that paved the way for the immersive walk-through adventure that is the Doctor Who Experience. The new attraction, which runs at London’s Olympia Two exhibition centre until the end of this year, was designed by Sarner and is operated BBC Worldwide, the commercial arm of the BBC.

“We believe that this will be the journey of a lifetime for children of all ages who have always dreamt of being part of the Doctor Who adventure,” says Philip Murphy, managing director for live events at BBC Worldwide. “Our research with fans told us the thing they wanted most of all was the chance to step inside the TARDIS. Sarner took all of the fans’ comments on board and delivered us an amazing visitor attraction.”

During the one to two-hour experience, which comprises a 30-minute walk-through show and “free flow” exhibition area, guests encounter some of Doctor Who’s best-loved and scariest monsters, take centre stage at a space-age battle of the Daleks and experience a thrilling 3D finale. It’s a far cry from previous and perhaps more crudely executed Doctor Who exhibitions (visit this site and you’ll see why). 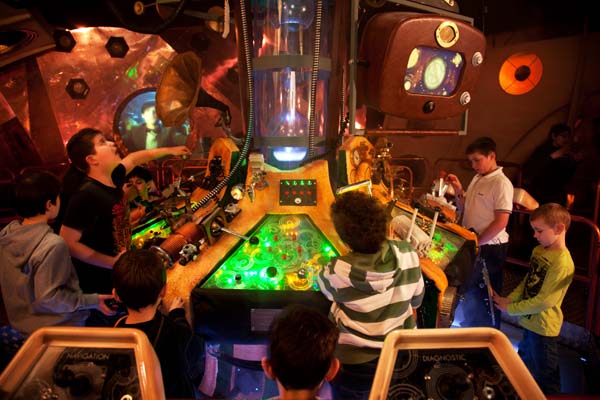 “When the TV series returned with Christopher Eccleston in 2005, I think the public’s perception of Doctor Who changed,” observes BBC Worldwide’s head of exhibitions and events, Paula Al-Lach. “We wanted to develop an immersive attraction to match these expectations, rather than just an exhibition of costumes and props.”

Based just outside London, Sarner was selected to create the Dr Who Experience last February after a competitive tendering process, and the complete install was handled in just three months, ready for the official opening on February 21. For Sarner creative director and Doctor Who fan Michael Bennett, it was a dream job.

“This has been one of the most exciting projects I’ve worked on,” he confirms. “There are so many magical moments that have never been seen or experienced at any of the Doctor Who exhibitions of the past, from walking through the doors of the infamous blue police box, experiencing a TARDIS take off or walking through the dank, dark forest of the Weeping Angels.”

Bennett’s original storyboards and scripts were edited by Steven Moffat, the TV show’s executive producer, who injected a little humour and translated the speech into the words of the Doctor. Matt Smith, the show’s lead actor since last year, appears in several scenes filmed exclusively for the attraction.

Visitors walk through five sets, in groups of up to 55. A simple but effective start to the experience is the sequence where the screen splits in half after the pre-show film, and the audience is invited into the heart of the story. After a briefing from the Doctor in Star Ship UK, the TARDIS screeches into view from behind a bookcase and guests step inside, where everything is larger than they expect – just like on the TV show. A motion base provides an added thrill as the TARDIS takes flight.

During the Dalek battle, which pitches two generations of the Doctor’s oldest adversaries against one another, audiences witness a spectacular space vista combining CGI footage with a 24-metre painted backdrop. Later the Daleks reappear alongside the Weeping Angels in a 3D film using effects that might appear a little clichéd were they not so effective.

“Everyone is really pleased with the 3D,” notes Bennett. “What we have produced – with all this stuff coming out at you – you just couldn’t do in a motion picture, but for a short sequence in an attraction like this it works.”

Surpsrisingly, there are no roaming aliens or other scary characters in the walk-through section of the show, but this may happen over the Halloween period. For now it’s important the Doctor Who Experience remains accessible to all ages (particularly school groups), while also being fully automated. At the heart of the attraction a sophisticated multiprocessor computer that ensures a seamless and reliable show every time.

Following the walk-through, visitors enter the exhibition area, tracing almost 50 years of the Doctor Who legacy. Around 85% of the artefacts displayed are originals used in the making of the TV series, including a TARDIS set from 2005. Fans will also enjoy the interactive areas including Walk like a Monster and The Sounds of Doctor Who.

The BBC connection meant Sarner had no shortage of companies keen to offer their services, and the 3D, together with other CGI sequences, were produced by Prime Focus. Other suppliers included Cardiff Theatrical Services (CTS), responsible for building several of the sets, whose experience with touring productions means they will be relatively easy to reassemble when the Dr Who Experience finally leaves Olympia.

“We were keen to launch in London because of the potential footfall,” reveals Al-Lach, “but eventually the plan is move it all to Cardiff [the Welsh capital that is home to Doctor Who’s production unit] where it will become a permanent exhibition.”

BBC Worldwide hopes to get half a million vistitors by the end of the year-long run in London, where the Doctor Who Experience goes head to head with other short-stay visitors attractions including Madame Tussauds, Ripley’s Believe It or Not and the London Dungeon and. It’s also pitched at a similar price level, with tickets starting at £15.50 ($25.20/€18.25).

What could restrict its appeal to tourists is the colloquial nature of the Doctor Who franchise, which enjoys limited success overseas. Olympia, which is hosting an attraction of this kind for the first time, is also relatively poorly served by London’s underground “tube” network.

Short, sweet, but also rather good, the Doctor Who Experience is nevertheless worth seeing, and many industry professionals will be able to just that this September when the Euro Attractions Show rolls into town next door at Olympia’s Grand Hall and National Halls. Sarner – and the Doctor – will be waiting for you. 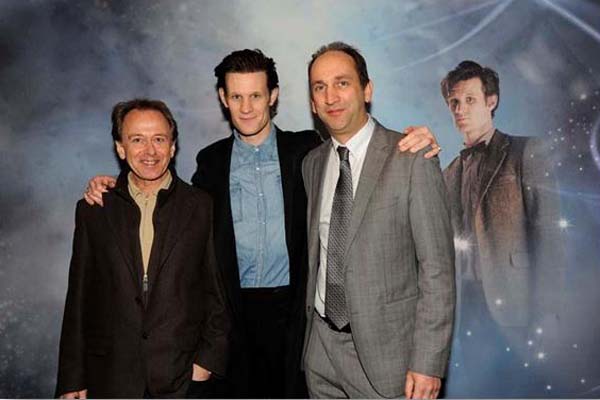 Since the BBC TV series debuted in 1963, 11 actors have played the Doctor Who lead role, including current incumbent Matt Smith. Other than a one-off film for television, no new episodes were made throughout the 1990s, but in 2005 Doctor Who returned with a bang, fusing 21st Century effects with the kind of humour and eccentricity that have made the show a uniquely British hit. Directed by Russell T Davies, Christopher Ecclestone took the title role, replaced after a just a year by David Tenant, who stayed on until early 2010 when both he and Davies departed. Despite the some of the themes featured in the programme, which include regular alien encounters, the programme is required family viewing. A new series is due to screen in the UK this spring, and the franchise remains a major revenue generator for BBC Worldwide, which has also exported it to over 50 countries, including the USA and Australia. Spin-offs include Torchwood and The Sarah Jane Adventures.

In the current Doctor Who TV series, the Doctor’s assistant is Amy Pond (Karen Gillian). At the Doctor Who Experience, however, it was the creative design and AV specialist Sarner that was invited by BBC Worldwide to bring the attraction to life. As well its experience with exhibitions, events, museums and other attractions, Sarner also boasts an impressive portfolio of theme park work. Recently it produced an immersive multimedia show for Ocean Park’s Ocean Express funicular railway in Hong Kong, created a Pepper’s Ghost effect for Adventure Island’s Over The Hill dark ride in the UK and gave a makeover to Alton Towers’ monorail. Other clients include Blackpool Pleasure Beach, Thorpe Park and Tusenfryd.