Djurs Sommerland reaches for the sun

The Danish amusement park Djurs Sommerland was due to start its new season on May 4. The big news for 2012 is the addition of a heavily-themed Flying Fish ride from Zierer, plus some Buffalo-themed bumper cars as seen here.

Solgunden (Sun God) features a Mayan Aztec theme and is located, fittingly enough, in the park’s Mexicoland area. Each of 12 plane gondolas is controlled by the passengers within it. A special song plays during the ride, alerting riders to which sun statues around the ride are about to shoot streams of water. It is then up to passengers to manoeuvre their plane in time to avoid getting wet.

“Our goal is to continue the high level of theming that has characterised the development of our popular Piratland the last few years into the rest of the park,” notes Djurs Sommerland spokesman Andreas O Hansen. “I think we have managed that quite well.”

Djurs Sommerland is located in Nimtofte, about 50km north of the city of Aarhus. Also new for 2012 is a fleet of Buffalo-themed bumper cars from Bertazzon. 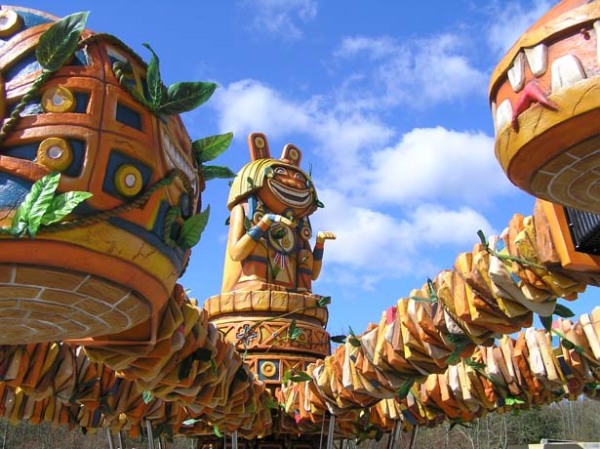