Italy’s tallest rollercoaster and wildest water ride has opened at Mirabilandia near Ravenna. Divertical was inaugurated on June 16 by the park’s managing director Riccardo Capo, joined by TV stars Federica Panicucci and Stefano Scarpa (winner of Italy’s Got Talent).

The 60-metre-tall attraction, by Intamin, alters the skyline of the Italian amusement park. It features a vertical lift followed by series of breathtaking coaster dives, turns, jumps and two splash sections. Passengers in each of 11 boats travel at speeds of up to 110kmh during the 2 minute 40 second experience. The theming for the ride pitches it as, “the Formula One of the sea.”

The attraction represents an investment for Mirabilandia owner Parques Reunidos of €20 million. Over the past five years, a total of €52 million has been ploughed into the park, including new attractions such as Reset (2008), iSpeed ​​(2009) and Thai Master (2011).

A full feature on Divertical will follow in the July 2012 issue of Park World. 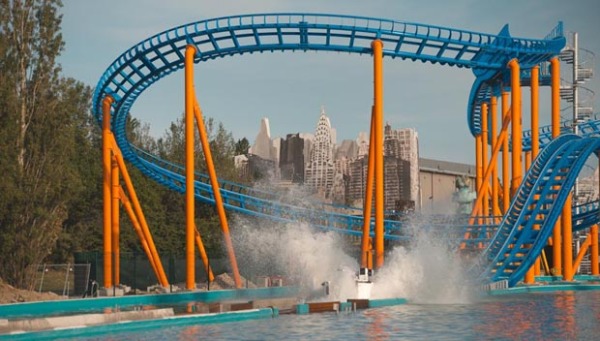