Hong Kong Disneyland has launched Mystic Manor. Based loosely on the Haunted Mansion, it is the most unique dark ride featured in any Disneyland park, anchoring the new Mystic Point area of the Hong Kong venue.

Guests on the attraction are taken on a creepy carriage ride through the Victorian era manor of eccentric explorer and art collector Lord Henry Mystic and his monkey companion Albert. Featuring a trackless ride system, passengers experience one of two different courses through the house according to which vehicle they sit in. 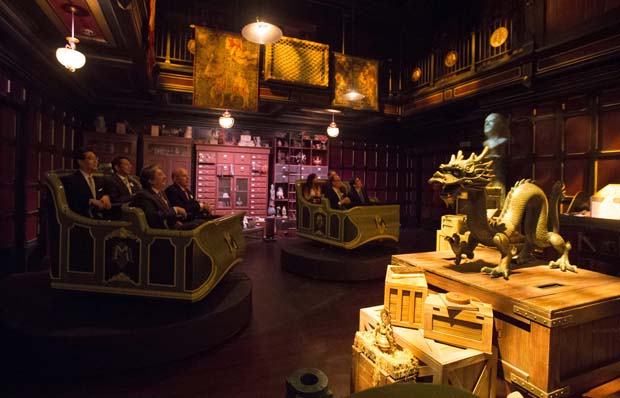 “The ‘Mystic Magneto-Electric Carriage’ in Mystic Manor is by far the most sophisticated ride system in Disney’s history,” highlights Bill Ernest, president and managing director for Walt Disney Parks and Resorts in Asia. “This one-of-a-kind themed area [Mystic Point] has never been seen in any of our Disney parks worldwide,”

But before they step into the car, guests are given a pre-show in the form of a slide show from Albert. When the monkey mischievously opens a magical music box, the enchanted “music dust” is released and, accompanied by a haunting tune created specialy for the attraction by renowned composer Danny Elfman, the mysterious journey begins. Mystic Manor is full of surprises. The dark ride blends beautiful visuals with fascinating special effects. 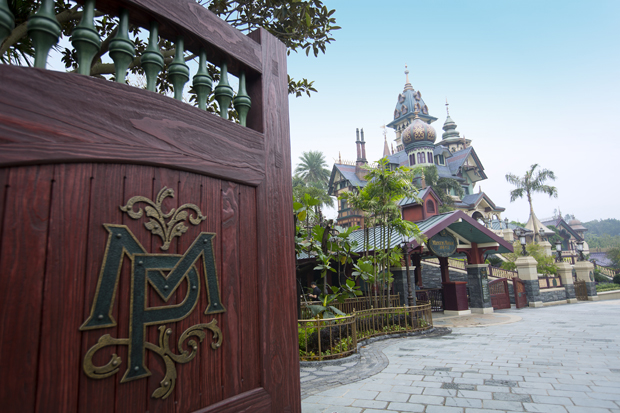 As part of an elaborate marketing campaign for Mystic Manor, Hong Kong Disneyland engaged taditional advertising mediums such as TV, print and out-of-home media, as well as producing an online video packed with illusions, a TV programme allowing viewers to interact using their smartphones, plus interactive gallery walls in local convenience stores. As well as the Hong Kong and Mainland China markets, publicity and travel trade initiatives are planned in Taiwan, Singapore, the Philippines, Malaysia, Thailand and India.

Mystic Point represents the final part of the Hong Kong park’s HK$3.6 billion (US$464m/€362m) expansion aimed at increasing resort attendance. Other new areas realised as part of the plan include Toy Story Land, opened in 2011 and Grizzly Gulch in 2012.

Disney officials state that the expansion helped the park make the first profit in its seven-year history last year, when it hosted over 6.7 million guests. A ticket price increase was implemented at the end of March, taking the cost of one day adult admission to HK$450 (US$60/€45). Hong Kong residents can enjoy discounted entry to the park, which is part-owned by the Hong Kong government, until the end of June.