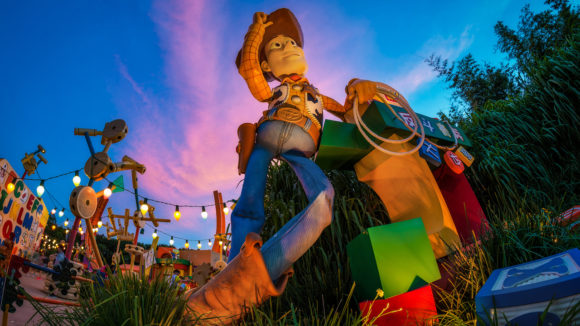 After the introduction of similar themed areas at Disney parks in Paris and Hong Kong, Shanghai Disneyland is set to welcome Woody, Buzz and their Toy Story friends to a new land opening in 2018.

Toy Story Land will be the seventh zone at the park in mainland China, which debuted in June of this year. Leaders from the joint venture’s two shareholders, The Walt Disney Company and the Shanghai Shendi Group, recently broke ground on the new themed land, in a sign of their confidence in the growing consumer demand for themed entertainment in China, and as a clear sign of the early success of wider Shanghai Disney Resort.

“We couldn’t be more pleased with Shanghai Disneyland’s first four months of operation and couldn’t be more excited about our future in mainland China,” remarked Walt Disney Parks and Resorts chairman, Bob Chapek. “Toy Story Land will be both authentically Disney and distinctly Chinese, delighting our guests for years to come.”

“Since its opening in June this year, Shanghai Disneyland’s operation has run smoothly and our guests have been very enthusiastic,” added Fan Xiping, chairman of Shanghai Shendi Group. “We have received positive feedback from the entire society – all of which makes us excited about the future.”

A fourth Toy Story Land is planned for Disney’s Hollywood Studios at Walt Disney World in Orlando (opening date to be confirmed), featuring rides including the Slinky Dog Dash rollercoaster and Alien Swirling Saucers. The Shanghai land, however, is likely to feature several unique attractions and experiences.

So long, Søren – a fresh future for Fårup