Pedestrians on one of the busiest shopping streets in London can enjoy an up-close encounter with a dinosaur at a “pop up” attraction open until the end of April.

Dinosaurs Unleashed at Parklife on Oxford Street features the largest collection of animatronic dinosaurs in the UK, set inside a Jurassic forest packed with  prehistoric plants. Included among 24 life size exhibits is a giant Diplodocus longer than three London double-decker buses, a Tyrannosaurus Rex, Triceratops and Velociraptors.

Dinosaurs Unleashed was created by Nicky Allison of Progressive Events and Gavin Howard of Avalon Studios and realised by Tour-Ex with the support of Land Securities. It opened in London on January 28 and continues until April 30. There are then possible plans to tour it to other locations. 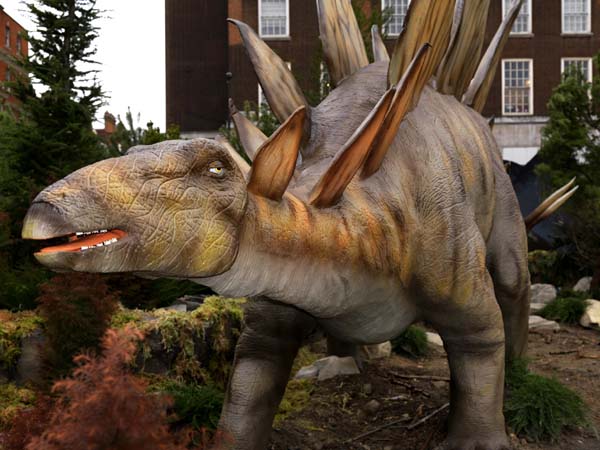