Set to debut in 2013, Jurassic Dream is a new indoor park planned for Daqing City in northeast China’s Heilongjiang Province. Featured among five key attractions in phase I of the project will be a pair of Flying Theaters (as pictured) from Dynamic Attractions.

This pair of US$13.2 million state-of-the-art, media-based motion platforms represent the latest generation of Soarin’-style attractions from the Canadian company and will boast several new features, including an all-electric drive system, coupled with a bespoke high definition ride film featuring plenty of dinosaurs.

Riders will board the two, 54-seat motion bases in a horizontal position before they are tilted forward into vertical position in front of a curved screen. As the mechanism will be located beneath the platform, the seats will initially resemble a traditional theatre set-up and audiences will have little idea of what lies in store until the critical moment. The electric drive will also generate significantly less noise than hydraulics, and so contribute towards a more immersive ride experience.

Developed by Daqing Dream City Investment Management (DCIM), Jurassic Dream will form part of an ambitious satellite city/resort in Daqing that aims to attract visitors from across China, and internationally. Rich in oil and gas reserves, the area is growing rapidly.

Appointed as masterplanner and lead designer for the park is Thinkwell from California. Ground is due to be broken this coming March and, after an intense construction period, opening is scheduled for Chinese New Year in January 2013. The total budget and backers behind the project have yet to be announced.

Due to the extreme weather experienced in the region (as cold as -30ºC in winter), phase I will be fully enclosed. As well as the Flying Theaters, attractions will include a world-first walk-through time machine experience called Dino Encounter, a Mack rollercoaster, Dino Discovery kids area and a multimedia fire and water show.

Phase II, concept work on which should begin soon, is envisaged as a mix of 50:50 indoor and outdoor attractions, including several water features and the introduction of a several new, related themes. Phase III, which is very much in the embryonic stage, will be mainly outdoors, and could include a safari, guest accommodation and picnic facilities.

Dynamic Attractions was introduced to DCIM by Thinkwell. Based in British Columbia, Dynamic Attractions is a subsidiary of Dynamic Structures, which provides turnkey attractions for clients including Walt Disney and Universal Orlando. The new venture is lead by Peter Schnabel, founder of Premier Rides, working alongside ex-Six Flags senior vice-president of engineering Harold Hudson. Although several other companies are now offering Soarin’-style attractions, Schnabel believes there is a gap in the market for, “proven platforms.” 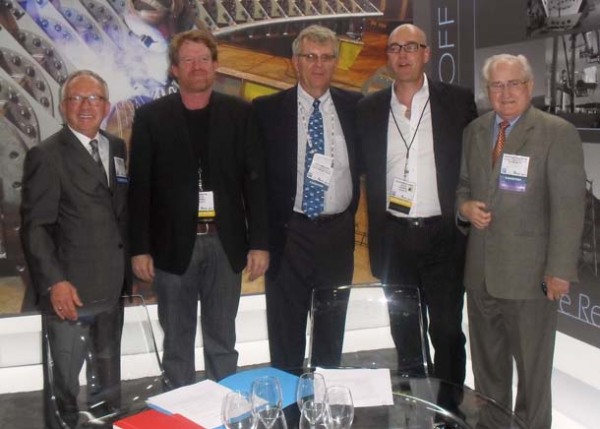