Organisers are promising more than 250 exhibitors from around 30 countries will participate at this April’s DEAL (Dubai Entertainment, Amusement and Leisure) trade show.

As many as 7,000 visitors are forecast to attend the three-day fixture, now in its 19th year, according to organiser International Expo Consults (IEC). The event comes on the back on a successful show in 2012, with a record number of exhibitors, visitors and contracts worth AED 800 million ($27m/E21m) signed on the exhibition floor.

“DEAL is the only platform in the Middle East for exhibitors in the amusement industry to connect with buyers, for buyers to see and test the latest products and services, and for professionals to share best practice and make new contacts,” highlights IEC chairman Abdul Rahman Falaknaz. “Last year’s show indicated renewed confidence in the region’s leisure sector.”

After staging a full two-day Middle East Symposium in conjunction with previous DEAL events, the World Waterpark Session returns to Dubai with two shorter WWA Sessions on Monday afternoon and Tuesday morning, 22 and 23 April. In total five hours of presentations are promised, examining the latest trends in the industry, with practical advice for waterpark owners, operators and developers. Also planned is a behind-the-scenes tour and dinner at Yas Waterworld Abu Dhabi, a dinner and tour of Wild Wadi in Dubai and an optional visit to Aquaventure at Atlantis The Palm (Dubai). A separate, paid registration is required to participate in the WWA events. Contact Aleatha Ezra to secure your place.

Like the WWA sessions, the official DEAL seminar programme kicks off ahead of the trade show, on Monday 22 April, with separate sessions running concurrently in different rooms. Those involved with the hands-on operation of amusement rides and attractions may find it wise to sit in on the two-hour Middle East Safety Forum (see panel), whilst directors and senior managers may prefer the presentation from Adam Senior of Crew UK entitled Creative Customer Service that Generates Income. This will be followed by a session on Indoor Play by Randy White (White Hutchison). After lunch, Games People Play with Kevin Williams (KWP) will provide an update on the most popular arcade games and trends in out of home entertainment. Next Andrea Bisi from Embed will discuss Debit Card Systems, while in the Middle East Industry Forum, a panel of experts and Kevin Williams will offer their views on state of the market.

Other than part two of the WWA Sessions, there is just one presentation planned for Tuesday, but it’s an extensive three-hour session entitled How to Successfully Obtain Financing for your Project, delivered by Wolf Vierich of the Vitala Group. According to seminar programme organiser Gerry Robinson, interest is expected to be high, so pre-registration is encouraged by contacting ales@alesuk.com.

Due to be staged ahead of DEAL trade show on Tuesday morning, 22 April, the Middle East Safety Forum follows the highly-acclaimed ‘Safety Matters’ session at DEAL 2012 and a smaller follow-up meeting last December. Intended for operators of any equipment where there is a requirement for safety in design, build, operation and maintenance, the programme’s content has been developed by Alex Nicholls of Leisure Technical Consultants, who has served in various technical and maintenance roles with UAE attractions including Ferrari World, Sega Republic and IMG Theme Park.

Recent events highlight the fact that the wider Middle East does not have any official group or organisation involved in the implementation, supervision or enforcement of safety regulations, however it has been welcomed that the Emirates Standardisation and Metrology Authority (ESMA) has adopted the European Standard (EN13814) for fairground and amusement park machinery and structures. It is hoped that this initiative will be taken up by other countries.

A special ‘Middle East Safety Club’ will be launched as part of the Forum at DEAL, open to everyone who is interested in keeping up to date with international safety regulations, including the local authorities who have a direct responsibility for ensuring the safe operation of amusement and related leisure equipment. 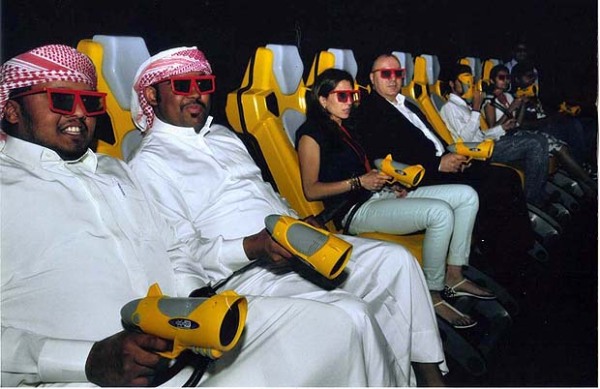