opened by HE Khalid Bin Sulayem, director general of the Dubai Department of Tourism and Commerce Marketing, the event also incorporated a number of educational opportunities, including the World Waterpark Association’s second Middle East Symposium and the first ever Foundations University outside the US.

Final audited figures revealed that just short of 5,000 (4,932) attended the three-day exhibition, down from 5,328 in 2009 when Dubai appeared to be at the height of its economic woes related to the global downturn.

Many local leisure and real estate projects are still in jeopardy, and certainly the Dubailand dream appears to be shattered, but new attractions have opened here in the last 12 months. These include the Dubai Aquarium, Sega Republic at Kidzania at the Dubai Mall next to Burj Khalifi – the world’s tallest building – and Play Nation at Mirdif City Centre.

For many investors in the region, however, it will be the success or failure of Ferrari World in Abu Dhabi that dictates whether there is sufficient appetite in the United Arab Emirates (UAE) for a major theme park on this scale.

But as visitors to DEAL demonstrated, there is talk of new projects across the Middle East, where the amusement industry is estimated to be worth US$2 billion (€1.6bn), and one country kept coming up in conversation again and again – Iran.

“The success of this year’s DEAL exhibition shows just how established the Middle East’s amusement industry now is,” highlighted Abdul Rehman Falaknaz, president of International Expo Consults (IEC). “Since launching 16 years ago, DEAL has continued to go from strength to strength and we have been very pleased with the results from this year’s edition.”

Before the event began, however, IEC was bracing itself for a problem that could have left many empty spaces on the show floor. Volcanic ash grounded flights across Europe right up until the last minute, threatening attendance from several key exhibitors. In the event, 150 companies occupied their booths as planned and most visitors were probably none the wiser.

This year’s show took place inside a recently completed extension to the DWTC. At the top end of the hall, the massive cluster of booths from Prakash Vivekand’s Amusement Services International (ASI) was in stark contrast to the modest displays from most other exhibitors.

“We planned for this show based on the last two or three years but have been pleasantly surprised,” remarked Olaf Mordelt of Heimo, now providing a growing range of design services for attraction operators. “I think we ran out of enquiry forms on the first day; we are more than satisfied.”

“It’s tough, but the business is there,” observed Andrea Munari of IE Park. “Arabs care a lot for the family, so it is a must to go to the amusement park or FEC. As in Europe, people are travelling less, so that is good for local attractions.”

“This has been a good, good show,” smiled Waleed A Ibrahim of Gulftech Amusement Rides in Riyadh. “I see that all visitors need rides. Customers from the Middle East like us because we have a factory nearby.”

“We have seen a lot of people from Saudi Arabia and also there seems to be an explosion in Iran,” noticed Michele Colombari, soon to depart the Fabbri Group for a new career outside the amusement industry. “A lot of the entertainment in this area is indoors, which is why Fabbri will soon start making indoor rides; at the moment we are not known for that.” 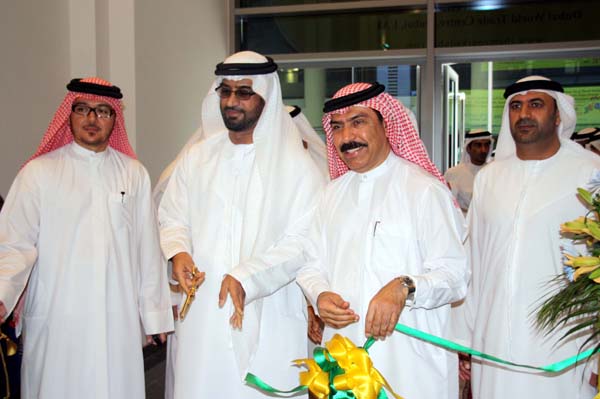 “We sold a set of second hand bumper cars to a customer in Pakistan,” Park World was informed by Lino Ferretti at Preston & Barbieri. “It’s not a million dollar sale, but at least it’s something.”

“Maybe there are more exhibitors this year, but the booths are smaller and there is a lack of visitors,” commented Pradip Sharma of Bombay Amusement Rides (BARPL). “Maybe it is a sign of the economy, or maybe the manufacturers are not coming up with anything new.”

“It is a little bit disappointing,” agreed David Jia, vice-president of China’s Golden Horse Amusement Equipment. “Last year everyone knew it would be slow. We thought that would be over now, but it is still slow.”

“It’s back to reality, the dream is over,” sighed Marco Grigolo from Technical Park. “I last came to this show two years ago and there were champagne corks popping everywhere because people were making deals. This time I did not see the first celebration until after lunch on the second day.”

“Projects are going on in the UAE,” countered Lars Lenders from Van Egdom, “but they tend to be humungous so they take a lot longer to come off the ground. Much is happening in Abu Dhabi, but water is political in this region because it is so scarce.”

Other waterpark suppliers were happy with the show. “This is our main market,” revealed Bilge Pakis from Polin in Turkey. “We’ve had lots of leads and probably about 30% of it is for new work in the Gulf. Last year there were lots of people but they did not seem very serious.”

Based in Macau, the design firm Sanderson decided to return to DEAL after a long gap to coincide with the opening of its new UAE office in Sharjah. “We last exhibited 10 years ago when the show was still TPFC,” revealed Phill Ramsden. “We expect Abu Dhabi to be the one to watch; there is not a lot of work in Dubai itself.”

The Middle East consists of more than just Dubai!” highlighted Peter van Bilsen from Vekoma. “We have seen people from Iran, Syria and Jordan, where they are just getting started, however it is difficult for them to understand the difference between luna park rides and big coasters. We seem expensive when they see our prices.”

“There has certainly been a good showing from Iran,” remarked Andrea Cielo from Zamperla. “We have already sold rides to North Korea; Iran is trying but there is still a lot of problems. We hope that Ahmadinejad will come calling!”

DEAL returns to the Dubai World Trade Centre from April 4 to 6, 2011, when it will include the first ever Middle East Amusement Industry Awards. 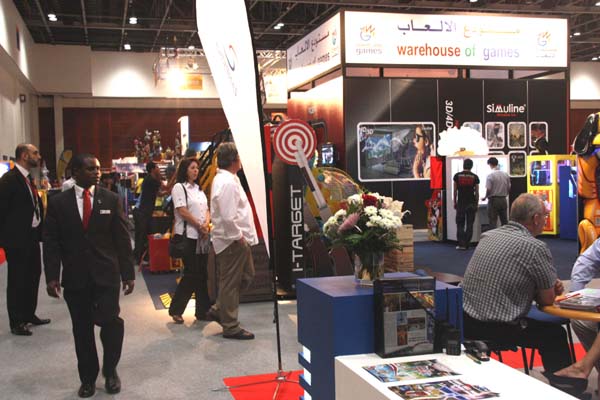