The first of a new-style hanging car monorail from ETF Ride Systems has opened at Europa-Park, Rust, Germany.

Each passenger is provided with their own pedal, which they can use to control the ride speed and movement of an overhead propeller. Each pedal is adjustable so that it can suit young children or their parents. Seat belts are provided for each rider and as a further safety measure, the cars feature electrical lockable doors.

As well as a rotating back propeller, themed elements include back fins, decorative suitcases, 4 LED candle lights, a compass in front of the vehicle and more. Europa-Park has put a lot of effort into theming the station, while the trees through which the vehicles travel provide a relaxing, scenic ride for each passenger.

The total track length is around 300 metres and 10 vehicles are in use, giving the ride hourly capacity for around 450 park guests. The cars are driven by variable speed regulated motors and once leaving the station travel at a fixed speed of 0.7-metres per second, increasing to up to 2.2-metres per second on the main track, according to how hard passengers pedal.

When no-one is pedalling, an on-board sound system encourages them to push the pedal. If they do not, the vehicle will automatically speed up to a medium speed after a set amount of time to avoid queuing of vehicles on the track. 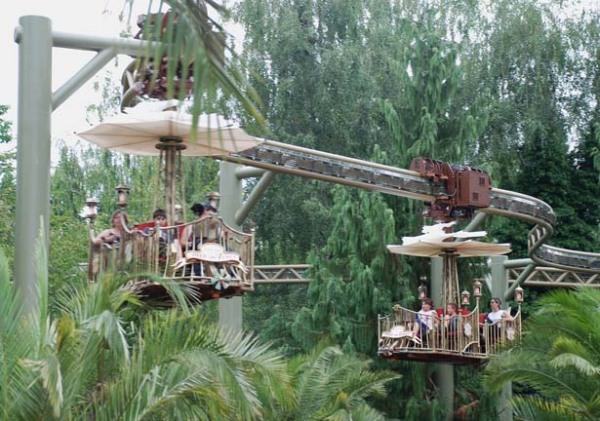 For the first time on any ride worldwide, ETF has implemented a new “dynamic block zone” system. While many track-based attractions feature block zones to avoid collisions, a fun twist can be offered if the vehicles are allowed to approach close to one another.

Two “readers” in each car pick up the exact positions by means of a unique code on the track, and a minimum distance is kept thanks to PLC software and various hardware. This system, which reduces the need for masses of cables, has been approved by the TÜV in Munich.

The complete ride was designed, built and installed within nine months, after a deal was signed between Europa-Park and ETF last October. 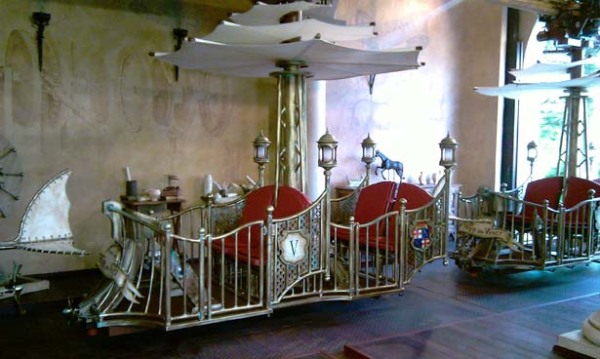