The latest of several Crystal-branded hotel resorts has opened this summer in the Antalya region of Turkey.

Antalya and the surrounding Turkish Riviera is already home to an estimated 30+ hotels with waterparks, and Polin Waterparks & Pool Systems was responsible for supplying many of them. Located in the resort of Belek, Crystal Waterworld Resort & Spa is a five-star all-inclusive property, offering its residents unlimited food, drink … and fun. 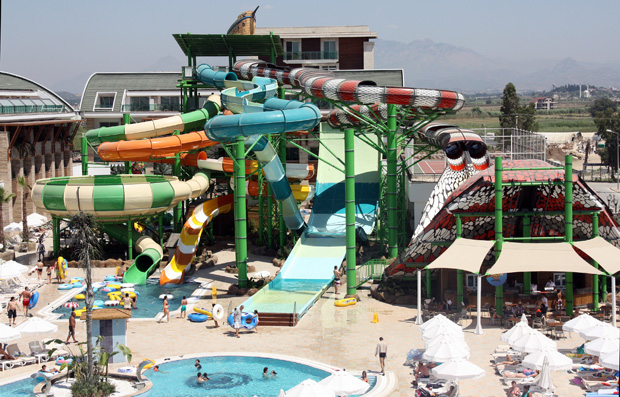 The 886-room resort is comprised of two wings stretching out either side of the main lobby area. One wing overlooks a large pool area, while the other surrounds the waterpark. Available exclusively to the resort’s guests are selection of water attractions anchored by Polin’s iconic King Cobra slide, chosen to help the property stand out from its rivals, including two other waterpark resorts within walking distance.

“The King Cobra is extraordinary in not only the entertainment it offers, but also in its overall looks,” says Rampant Kaynakci, general manager of Crystal Waterworld operator Kristal Industrial. “We believe that the addition of this attraction to our resort moves us to the next level.” 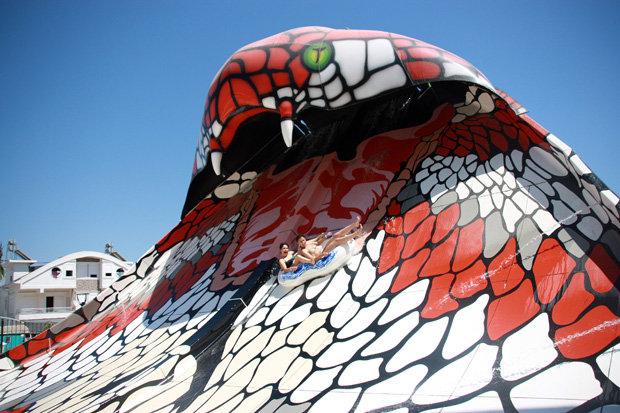 King Cobra offers an intense and visually-stimulating waterslide experiences. Its unique selling point, in addition to its attractive decorated surface, is that it incorporates two tube slides that come together towards the end of the ride as riders plunge down into the snake’s belly, where they rock back and forth in a half-pipe style feature.

Linked to the same tower are several more slides including a Turbo Lance, featuring a similar ride experience that propels riders down a steep drop and then vertically uphill before they traverse a reverse route over a hump. The attraction combines the best of Polin’s Flying Boats and Wave Slide. 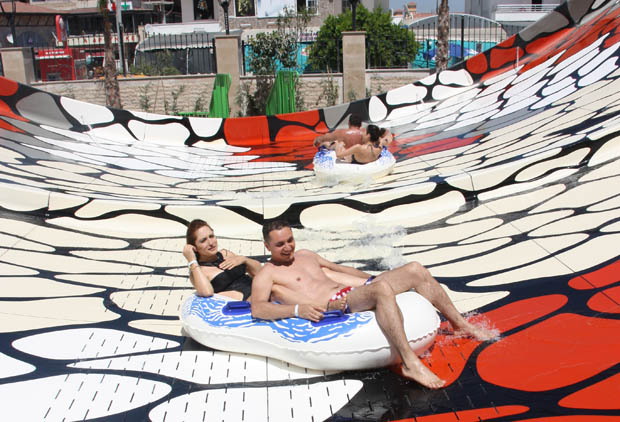 The Space Boat can be ridden by passengers either in double or single person tubes and features a winding tunnel that culminates in an open-air whirlpool or bowl, before guests splash down into the pool below. Both this and the adjacent Black Hole feature Polin’s Natural Light Effects that tickle riders’ senses with a succession of coloured bands illuminated by the sunlight outside.

At the opposite end of the waterpark, a further six slides have their own tower. The Rafting Slide features the same sections as the Black Hole, but with both open and tunnel sections, while the Flying Boat speed slides are provided as a yellow straight downhill slide and a blue humped version that hides the full extent of the drop to unsuspecting riders. A three-lane Multi Surf mat racer is also included. 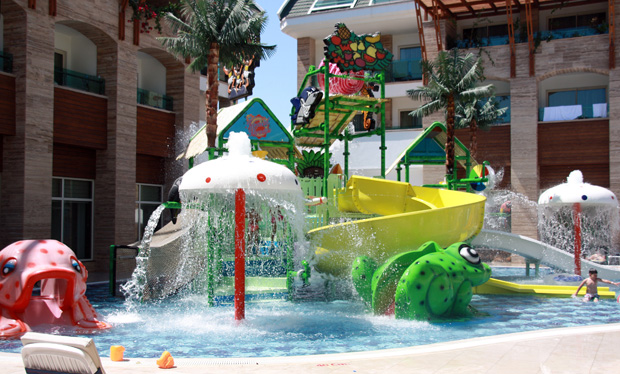 Crystal Waterworld has chosen to use Polin’s standard catalogue names for all of the attractions above. For the younger kids, meanwhile, there is an Aquatower water play structure featuring tipping buckets, slides, net climbs, water cannons and more. 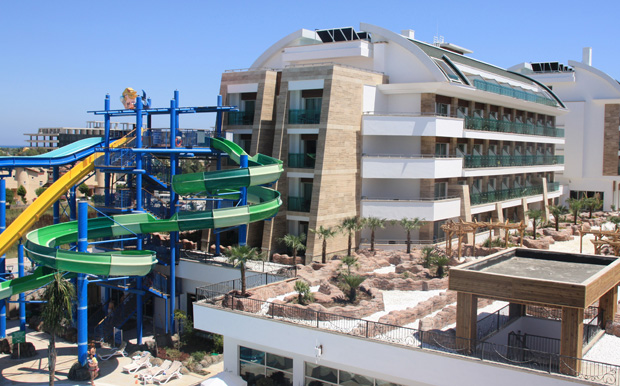