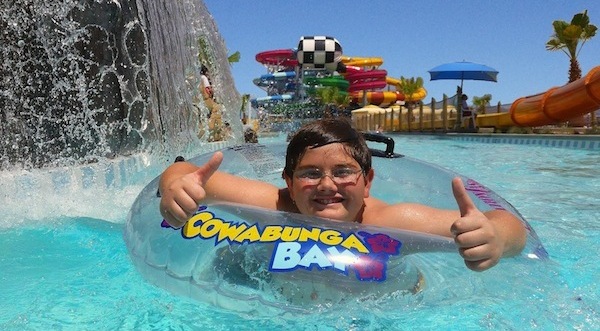 Ahead of the park’s reopening this March, Cowabunga Bay’s Shane Huish speaks exclusively to Park World.

Originally scheduled to debut in 2013, Cowabunga Bay finally opened its gates in the Henderson area of Las Vegas last summer after a series of construction delays. Shane Huish is the park’s partner and general manager. His family also runs three family entertainment centres, two in suburban Seattle and one near Portland, Oregon, as well as the original Cowabunga Bay Water Park in Draper, Utah, where Shane serves as general manager.

What encouraged you to open a waterpark in Las Vegas, and why the location in Henderson?

With the success of our Cowabunga Bay Utah park we were eager to expand the brand into another market. Of course weather was a major factor for us in determining the perfect location. We had targeted three markets that we were really excited about. When we weighed out the options, Henderson kept coming out as the logical location. Sometimes the bureaucracy of some city agencies can be a nightmare, but the City of Hederson was also very proactive in pursuing our project. Working with the City was a great experience!

For a while there were no waterparks in Las Vegas. Is there now room for two (Wet ‘n’ Wild and yourselves)?

Las Vegas is a big city, and that doesn’t even take into account the 29 million visitors annually. It sure would be nice if we were the only waterpark in town but the I believe this market is big enough to sustain both parks. Cowabunga Bay is located on the east side of town while the other park is on the completely opposite side of town. 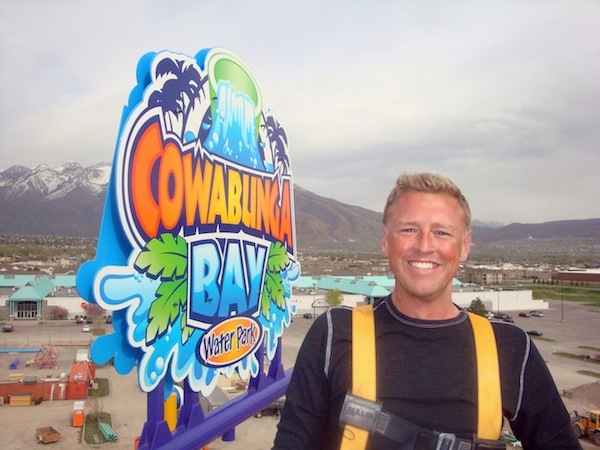 Are you beginning to see a greater emphasis on family entertainment in Las Vegas?

It seems the major developments in Las Vegas are always focused on the tourist which leaves the locals without a lot to do unless they travel to the Strip.

Sure, there are tons of options on the Strip, but most locals prefer to avoid the traffic, congestion and chaos of the Strip. Our park makes it easy for the locals to visit. We built the park for the local market and if we get a few tourists that drop in every now and then … well that’s just icing on the cake.

You encountered several challenges in constructing the park. What were they and how did you overcome them?

Every big construction project has its fair share of challenges and yes, we certainly had our share. They seemed difficult at the time but we believed in the project and we found ways to overcome them. Thankfully we had a great project development team and a wonderful general contractor. Our biggest challenge was time, and as hard as everyone worked there still wasn’t enough of it. We opened the park on July 4th, a couple of weeks past our targeted opening date. Some were upset due to the small delay but once they were able to come in and see the beautiful park we created it seemed all was forgotten and our guests enjoyed the rest of the season. We are looking forward to our first full season beginning this March. 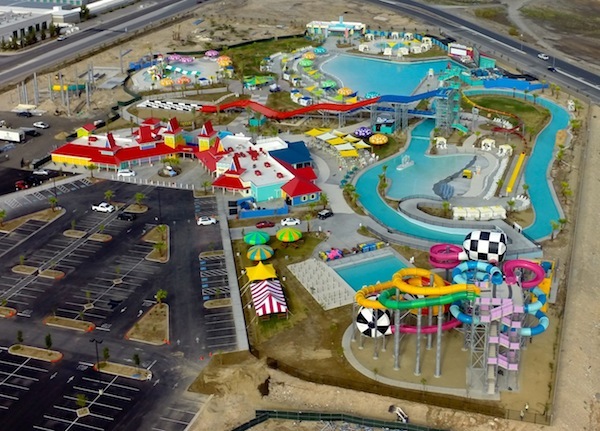 Did you have to make any changes/compromises to the park’s design/masterplan as a result?

The original partners that brought us to the project had a design for the park that simply did not work for our operation methods. The park went through a complete redesign by our group which emphasised better traffic flows, guest experience, labour efficiencies and complete change of theme.

How difficult was it to find new investors?

Originally we partnered with some local investors but when their finances fell through we went to some of ourexisting contacts within the industry. Finding the perfect partner can sometimes be a difficult challenge. We are very pleased with the current ownership structure of the park. Sometimes things work out for the best. 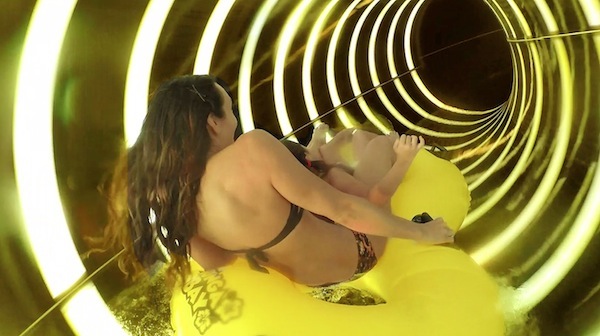 Where did the influence for the park’s theming come from – how similar is it to your property in Utah?

The Cowabunga Bay theme is very similar in both our Las Vegas park and Utah park. We like to play on the nostalgic beach theme. There are so many options that provide for some very whimsical and fun graphic elements. Bright colours, surfboards and beach elements make up the look of both parks.

How was business last season?

We had an awesome first season. The response to the park has been overwhelming. We had a great staff, and the guests responded well to the family- friendly theme of the park. 2015 pre season pass sales are exceeding our expectations, so it looks like it will be a very promising upcoming season. 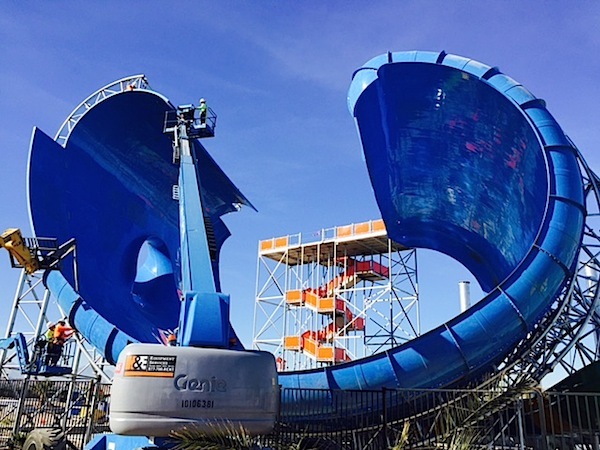 How fiercely did you have to compete on price against Wet ’n’ Wild?

Our park offers a different experience than the other park and we base our prices on that experience. We do have a different price structure and we each have different marketing strategies. Our strategy seems to be working very well for us which allows us to maintain our projected per caps.

We are opening two new four-person family raft rides from Polin. One is the Surf Safari model. It is the first of its kind in North America and will be the world’s largest manmade wave

Are there are changes/improvements you will make to the park in Utah as a result of your experiences in Vegas?

For the past couple of years we have had our focus on the Las Vegas project. Our Utah park has continually increased in attendance and per cap for the past six years. We are now looking to do some expansion there in the next year or two. 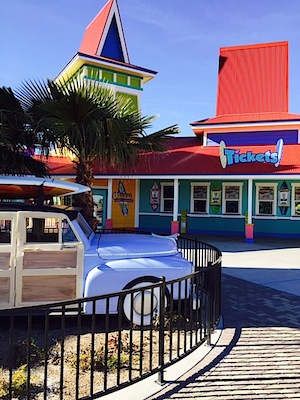 A colourful children’s play structure – pictured below – was provided by Fibrart. The wave pool and lazy river were designed and built by the Aquatic Development Group. The conveyor system was provided by Vanstone. Other pools and water elements were designed and built by CEM Aquatics of Salt Lake City, Utah. All themed designs, concepts and graphics were prepared in- house, with Themendous of New Jersey fabricating the sculpted theme elements and a local company supplying the signage. 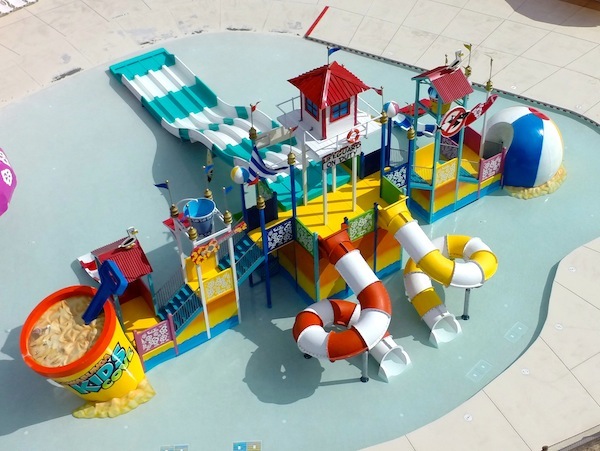