The first of the Dutch manufacturer’s Sky Riser observation towers, the new attraction made its debut this summer in Düsseldorf. Operated by Skyliner GmbH, it has since gone on to appear at events in other German cities including Hannover, Nürnberg, Stuttgart and from 18 to 21 October it will be the headline attraction at the fun fair in Bocholt. 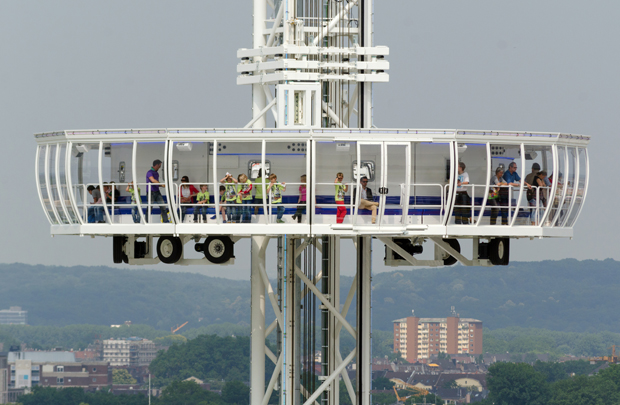 Offering spectacular 360o panoramic views from inside a modern, slow-turning capsule, it climbs up the central column at just 1.5m a second, to total ride height of 70 metres. Up to 60 passengers can be accommodated per “flight” and curved, non-reflective glass will be appreciated by all those riding with a camera. An LED screen on the top of the tower can display a variety of operator and sponsor messages to those down below. 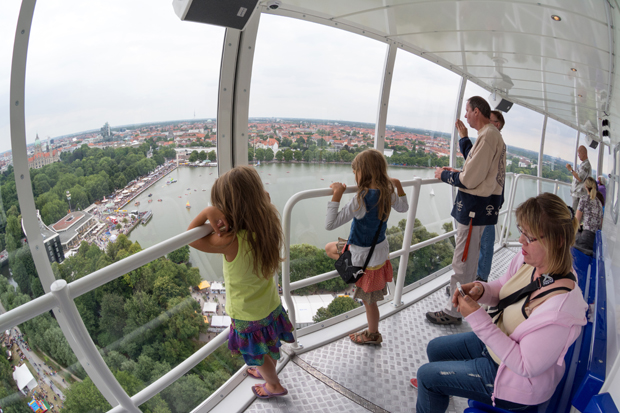 The attraction occupies a footprint of just 23 x 23 metres and is transported on 13 loads, including two trailers integrated into the construction. The build-up is assisted by a 250-tonne crane, and a water ballast helps the tower stay in place. Mondial says future versions of the attraction could be supplied as either a travelling or static model, in anything from 50 to 125 metres (410ft) in height. 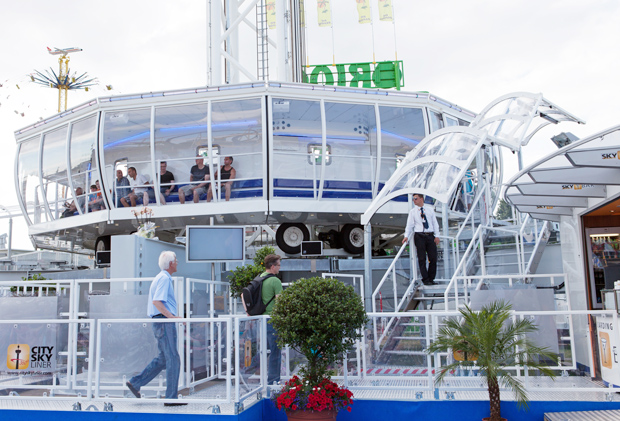 Showman Thomas Schneider, part of the Skyliner GmbH partnership, previously travelled a giant Ferris Wheel and says he chose the Sky Riser as replacement because he wanted to offer “unparalleled multi-generational experience” for fair-going families. Finished in less brash colours than a typical fairground ride, its owner is hoping also to secure some bookings for the tower from other kinds of events, and as a standalone attraction. Visit the ride’s official website, in fact, and you will find very little reference to its fun fair credentials. Built with special wind resistance, it is also suitable for operation in coastal locations.

Mondial sales manager Theo Van Zwieten agrees that an observation tower makes an attractive alternative to a Ferris Wheel. “A lot of cities have already had a wheel,” he tells Park World. “The Sky Riser is easier to transport than a wheel, and is a much more reasonable investment.”