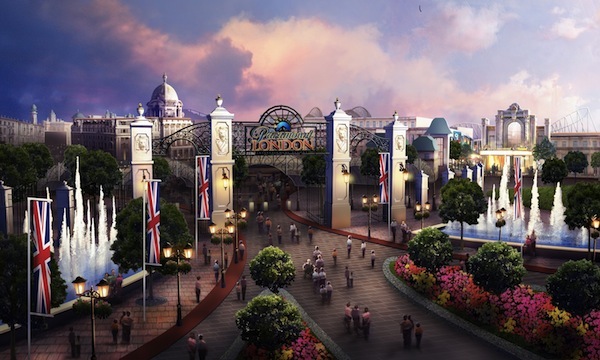 As Xi Jinpeng, president of China, visited Great Britain recently to meet with Prime Minister David Cameron and the queen, the developers of the London Paramount Entertainment Resort announced that they have attracted investment from the Chinese infrastructure investment group SinoFortone as part of their £3.2 billion funding drive.

SinoFortone will invest an initial amount of £100 million in the theme park-based project, which is being developed by London Resort Company Holdings (LRCH). Kleinwort Benson, which was appointed as sole financial adviser to LRCH in May, advised on the deal. As part of its mandate, the firm is responsible for overseeing both debt and equity fundraising for the resort.

“SinoFortone Group of China’s decision reflects the unique economic and regenerative opportunity provided by this multi-billion pound project, which will employ thousands of people and be a huge additional offering to the UK’s entertainment and tourism industries,” says London Paramount CEO David Testa.

“London Paramount is an ideal investment opportunity given its excellent connectivity to the capital,” adds SinoFortone managing director Peter Zhang,. “This investment supports President Xi Jinpeng’s important ‘One Belt One Road’ strategy, which encourages international infrastructure investment and trade relationships. Given the president’s October visit to the UK as a guest of Her Majesty The Queen, it is well-timed.”

Opening of the resort has been pushed back to a projected date of 2021 following transport and environmental studies and revisions to the business/masterplan. The final planning application is expected to be made next year. When complete, London Paramount Entertainment Resort will comprise a movie theme park with UK and international IPs, events spaces, hotels and a creative industries hub. Earmarked for a site on the banks of the River Thames in North Kent, it has been designated a “Nationally Significant Infrastructure Project” (NSIP) by the UK Government.