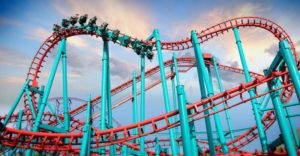 The parks will be located in Nanjing, capital of Jiangsu province and the second largest city in the East China region. Six Flags Nanjing will offer a range of experiences with a theme park, waterpark, and an adventure park, with the first phase of the multi-million dollar entertainment complex expected to open in 2021.

The theme park and waterpark will boast roller coasters, rides, waterslides, and attractions along with themed sections celebrating time-honoured Chinese and American traditions. The theme park will also feature live performances along with exclusive, limited time only special events. Both parks will offer an extensive collection of culinary and retail locations.

For the most daring enthusiasts, Six Flags Adventure Park, another of which is being built in Chongqing, will be the region’s top destination for high adrenaline thrills. rom motocross bicycle races along rugged terrain, to whitewater rafting and zip lining or rock climbing high above the ground, guests will have the opportunity to take on new challenges in a natural environment.

“Six Flags and Riverside have a shared vision to develop multiple parks throughout China, with offerings tailored to every member of the family,” said David McKillips, Six Flags International development company president. “The Nanjing parks, like their sister properties in China and North America, will have a distinctive look and feel with one-of-a-kind experiences that will only be available at those locations. In addition, Nanjing’s close proximity to Zhejiang will add tremendous value for Season Pass holders in the Yangzi River Delta region.”