Skee-Ball is a classic midway and arcade game that has been enjoyed by family members of all ages for a century. To celebrate its anniversary in 2009, Skee-Ball Amusement Games has produced this collector’s edition anniversary alley.

The game was inspired by a 1930s alley discovered in the Skee-Ball warehouse and features a mechanical scorer and pull handle plus classic retro styling. Underneath, however, all the electrics are bang up to date.

“Skee-Ball’s ageless appeal is astounding,” notes the company’s CEO, Jospeh W Sladek. “It’s a game that my father and grandfather spent hours playing with me as a child. Now I play it with my own children and grandchildren!” 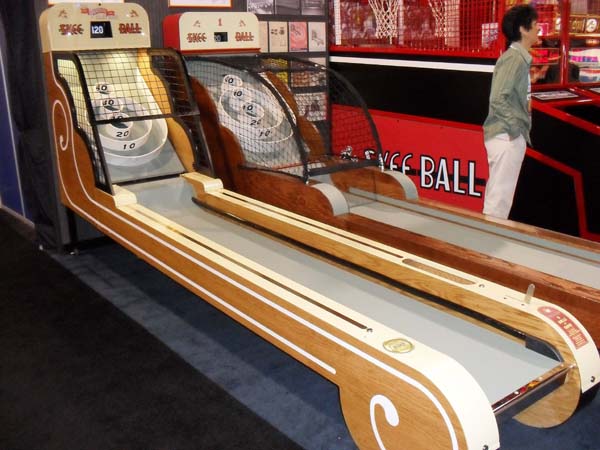