Ohio’s Cedar Point amusement park/resort is to add a Bolliger & Mabillard (B&M) Wing Coaster for the 2013 season, featuring the longest drop of any winged rollercoaster worldwide.

Named GateKeeper, the ride will debut in May and fly sensationally above the main entrance to the park as it rolls gracefully through a series of flyover manoeuvres. Riders will twice narrowly slot through special portals and slide by buildings. As with other B&M Wing Coasters, the trains will feature seats that extend out sideways from the track, exposing riders to nothing above or below them, simulating the feeling of flight.

The spectacular attraction will feature 4,164ft (1.27km) of dark and light blue steel tubular track, delivering approximately 2 minutes and 40 seconds of thrills. GateKeeper will feature three 32-passenger trains, finished in ‘sunset gold’ and able to accommodate approximately 1,710 riders per hour between them. 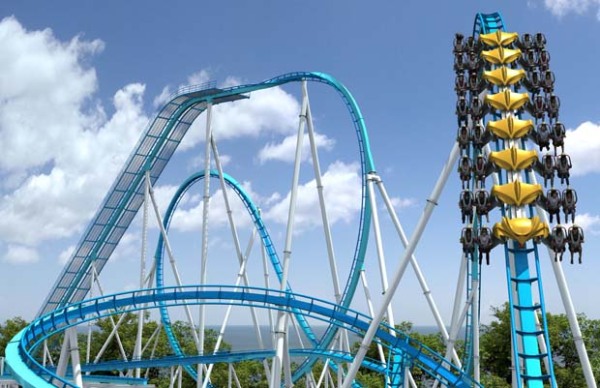 With the addition of the new ride and the redesign to the park’s main entrance, Cedar Point will invest approximately $30 million on improvements for the 2013 season. With the opening of GateKeeper, Cedar Fair will again have 16 rollercoasters following the closure this summer of Disaster Transport. 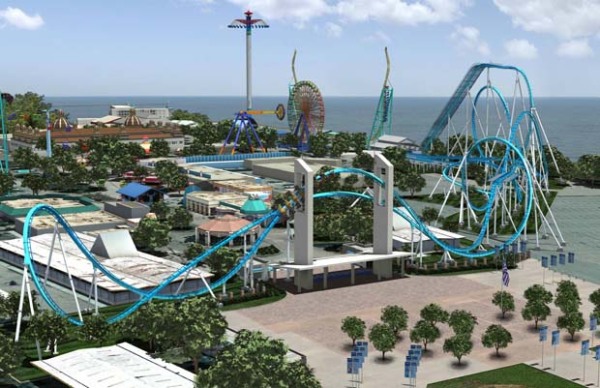