The French ski resort and attractions operator Compagnie des Alpes (CDA) is to take a controlling stake in Futuroscope (pictured), while disposing of seven smaller amusement parks and attractions.

CDA now holds almost 45% of share capital in the new Futuroscope operating company Société du Parc du Futuroscope, as well as a majority of seats on the supervisory board, in turn giving it “the means to exercise the operational and financial control of the company.” Other shareholders of the former state-owned park include Vienne Regional Council and the public-private investor Caisse des Dépôts et consignations.

Opened outside the French city of Poitiers in 1987, Futuroscope is a pioneering science-focused theme park that has enjoyed a colourful history. Since 2003, attendance and revenues has recovered and the park now entertains 1.8 million annual guests, generating record revenues in 2010 of €87 million ($113m). The park’s momentum is also credited as leading to the development of a nearby Center Parcs holiday village.

Discussing the new ownership structure, Vienne Regional Council chairman Claude Bertaud noted, “In this difficult time for the future of local authorities, it is vital to plan ahead so that Futuroscope’s exceptional momentum can continue. A partnership with a private operator seemed the only sensible and efficient solution.”

“I am delighted with the arrival of Futuroscope in our group,” adds CDA chairman and chief executive officer Dominique Marcel. “Its unique positioning, strong brand and footprint on the French market are in line with CDA’s “Great parks, Great brands” development strategy. This not only enriches our company, but also benefits Futuroscope, which will enjoy the advantages of consolidation in a group such as ours. Our objective is clear: to establish, consolidate, and build on the extraordinary recovery of Futuroscope, while retaining its identity and unique positioning.”

Separately, CDA has announced it is to sell the French attractions Parc Bagatelle, Saint Malo Aquarium, Mini Chateaux and Val de Loire Aquarium, the Bouveret waterpark in Switzerland, Hellendoorn adventure park in the Netherlands and Pleasurewood Hills in the United Kingdom.

The disposal follows in decrease in sales and attendance across its CDA’s leisure park division of 6.1% and 6.3% respectively in the fiscal year to September 2010. Profits feel even sharper.

Between them the attractions earmarked for disposal welcomed over 1.5 million guests in the last fiscal period, generating revenues of €28.3 million, but are, “Not at the core of its strategic and business model,” according to Marcel.

Lined up to purchase the properties are HIG Capital France and Laurent Bruloy. CDA, meanwhile, will hold on to larger parks including Parc Asterix and the Walibi chain of parks in France and the Benelux. There are also plans to extend the Walibi brand with movies, music, comics and more featuring Walibi the wallaby and three new cartoon characters. 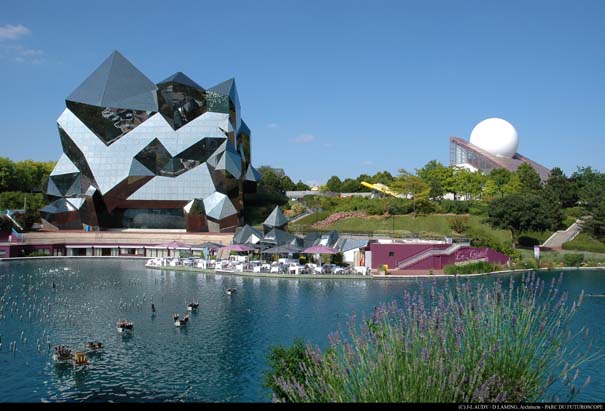