The British medieval theme park Camelot has closed for the final time.

After shutting its gates after the summer season on September 2, it then failed to reopen as originally planned for the school holidays in October, and now management has pulled the plug on the 40-acre facility at Charnock Richard in Lancashire.

The park was founded in 1984 by entrepreneur John Rigby. Located in the county of Lancashire, about half an hour from Blackpool, it featured over 25 rides and attractions and became one of the first parks in the UK to boast an on-site accommodation in the shape of the Park Hall Hotel. Attendance peaked during the mid 1990s at around half-a-million per season.

Over the years, Camelot has had a succession of owners including Bass Leisure, the Granada Group, a management buyout and more recently Prime Resorts, fronted by former First Leisure boss Roy Page. Although Page blames the weather and competition from high profile events such as the Olympics and the Queen’s Diamond Jubilee for the park’s poor performance in 2012, its days were surely numbered when it was sold in 2009 to the Story Group, which leased it back to Page (trading as Knights Leisure).

A property developer from the north of England, Story had planned to build houses on the site. Probably only the economic downturn has prevented it doing so yet. As such, very little investment has been made to the park in recent years, its last major new attraction being the second-hand Knightmare rollercoaster added in 2007.

Although it doesn’t come as a total surprise, Park World is nevertheless sad to see another British attraction go.

Read more about the ups and downs of Camelot here. 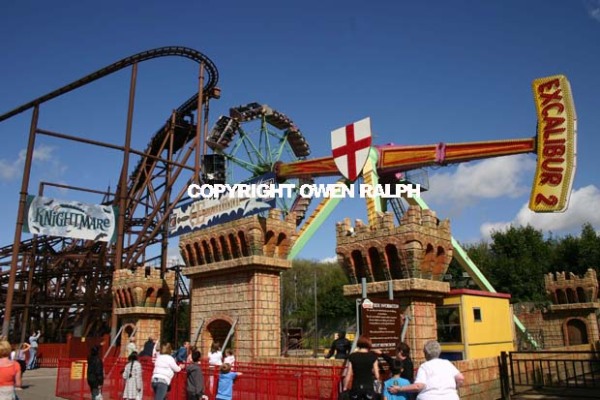